What is Gothic Revival Architecture?

If you’ve ever seen a home like the one in the photo above, certain words like “romantic” or “medieval” may have come to mind. The architectural style shown here is Gothic Revival, a unique branch of design that grew popular in the mid-19th century. Though it fell out of fashion shortly thereafter, this signature architectural style has left a lasting impression on home design.

What is Gothic Revival Architecture?

The architectural style eventually took on other variants. Victorian Gothic borrowed from elements of the Victorian era, and the North American adaptation Carpenter Gothic used a Gothic influence as the basis for a new style of home design popularized in the late 19th century. 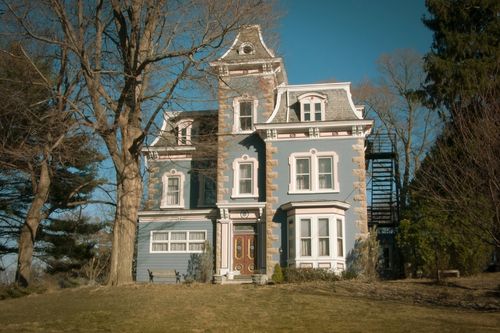 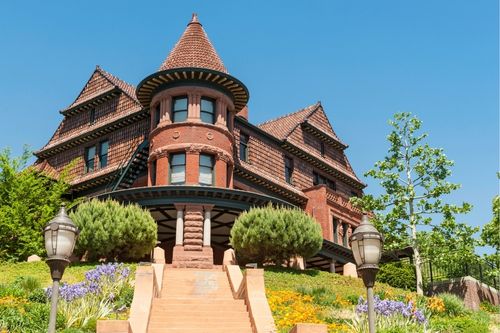 Although Gothic Revival most naturally translated to larger buildings such as churches, mansions, prisons, and schools, the Gothic Carpenter style maintained many of the key characteristics that define the unique style with slight twists to accommodate for residential home life.

To learn more about the different architectural styles, visit our Architectural Styles page.

Related Articles
Design A-Frame Style Architecture Some architectural styles go hand in hand with certain environments. A-Frame architecture is a popular design of lodge-style homes, cabins, and other dwellings in wooded or mountainous areas. Its steeply angled roofline is its most defining characteristic, giving the homes designed in this style a truly unique aesthetic. A-Frame Style Architecture Any home designed with […]
Living The Benefits of Adding a Catio to Your Home Cat owners are often faced with many considerations as they fill their homes with toys and cat trees to appease the kings and queens of the household. One such consideration is how to best use the space. Adding a catio to your home will help keep your cat entertained and safe and can be easily […]
Design Art Deco Interior Design There are countless interior design styles to inspire your home décor efforts, but some stand out above the rest. Art Deco is one such style. Though its roots trace back to a specific period, its long-lasting relevance has given it the unique ability to feel vintage, modern, and timeless all at once. Whatever home décor […]