Cottages are not only one of the most recognizable and beloved home design styles in history, but they’ve also managed to become synonymous with all things cozy, comfortable, and peaceful in home life. When we think of cottages, we think of grassy knolls in the countryside, moss-covered rooftops, and a steady billow of smoke pouring out the chimney of a small dwelling. Known for their simple design and comfortable accommodations, they remain popular today.

History of the Cottage Home

Commonly found in rural or semi-rural areas, what we know today as ‘cottages’ housed English farmers—or ‘cotters’—as far back as the Middle Ages. Simple in design, their small, compact footprint made for intimate living conditions for the families that inhabited them. They became increasingly more common in the countryside, but as time went on and the style made its way to the United States, their popularity began to spread. They became so popular, in fact, that in the early 1900s, Sears and Roebuck sold ready-made kits to homebuyers in their mail order catalog. Nowadays, cottages are found around the world, both in city settings and the countryside. 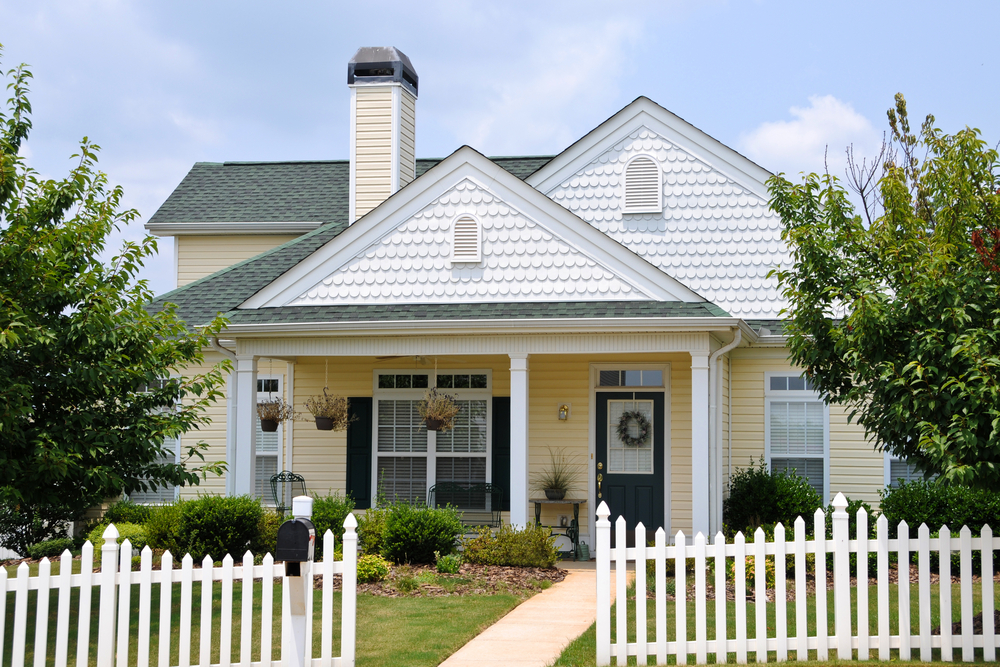 Cottages are known for their distinct architectural style. They are small homes, intended to house a single family. Cottages are typically asymmetrical, one to one-and-a-half story dwellings with low-pitched gable roofs and small covered porches. The chimney is often a central feature of the interior living space, a feature that greatly contributes to that cozy charm they are known for. The cottage represents an important evolution in home design, as they are often considered the precursor to the Craftsman home.

Head to our Architectural Styles page to learn more about the history and characteristics of various home designs, from A-Frame to Victorian.

Related Articles
Design Asian-Inspired Home Décor and Design In the pursuit of designing a home just the way you envision, there are countless sources of inspiration to pull from. Asian-style interiors are known for their ability to bring a sense of calm into a space. This helps to create something everything homeowner can see the value in—a relaxing home environment. In recognition of […]
Design 5 Design Projects to Improve Your Backyard Your home’s façade and front yard play a role in its curb appeal, but the backyard is for you and your household to enjoy. Spending time making improvements to your backyard will help to maximize your enjoyment of your property and can increase its value. These backyard design projects will help to beautify your yard […]
Living How to Find the Right Lighting for Your Home The right lighting can give your home the quality and mood you’re looking to achieve. Knowing about the different temperatures of light, lighting types, and how to blend lighting elements will help you narrow down your choices and find the best fixtures for your home. How to Find the Right Lighting for Your Home Before […]