The following analysis of select counties of the Central Washington real estate market is provided by Windermere Real Estate Chief Economist Matthew Gardner. We hope that this information may assist you with making better-informed real estate decisions. For further information about the housing market in your area, please don’t hesitate to contact your Windermere Real Estate agent.

Central Washington has added 1,535 jobs over the past 12 months, which represents an annual growth rate of .7%. Total employment is now 11,522 jobs higher than the pre-pandemic peak. Although regional employment is higher than before the COVID-19-induced fall, Kittitas County is still lagging, with a shortfall of over 3,700 jobs. Adjusted for seasonality, the unemployment level in Central Washington in third quarter was 5.8%, which is down from 6.9% a year ago. The lowest unemployment rate was in Chelan County, where it was 4.4%. The area’s highest jobless rate was in Yakima County, where 6.3% of the labor force was still without work.

❱ Sales in Central Washington fell 7.8% from the same quarter a year ago, with a total of 1,422 homes changing hands. Compared to the second quarter, sales were down 4.4%.

❱ Pending sales, which are an indicator of future closings, fell 1.9% compared to the second quarter of this year.

❱ Year over year, sales rose in Okanogan County but fell in the balance of the region. However, compared to the second quarter, sales rose in all counties except Okanogan and Douglas counties.

❱ Inventory levels rose more than 28% year over year and were up 23.6% from the second quarter.

❱ Median list prices fell in every county other than Yakima compared to the second quarter of this year. It would seem that sellers are starting to feel the impact that higher mortgage rates are having on home buyers.

❱ Of the markets where prices rose year over year, only Yakima County saw prices rise less than 10%. Prices rose in Chelan and Douglas counties over the second quarter but fell in the rest of the markets.

❱ The third quarter appears to be an inflection point in the market, with the impact of higher financing costs hitting demand and prices. 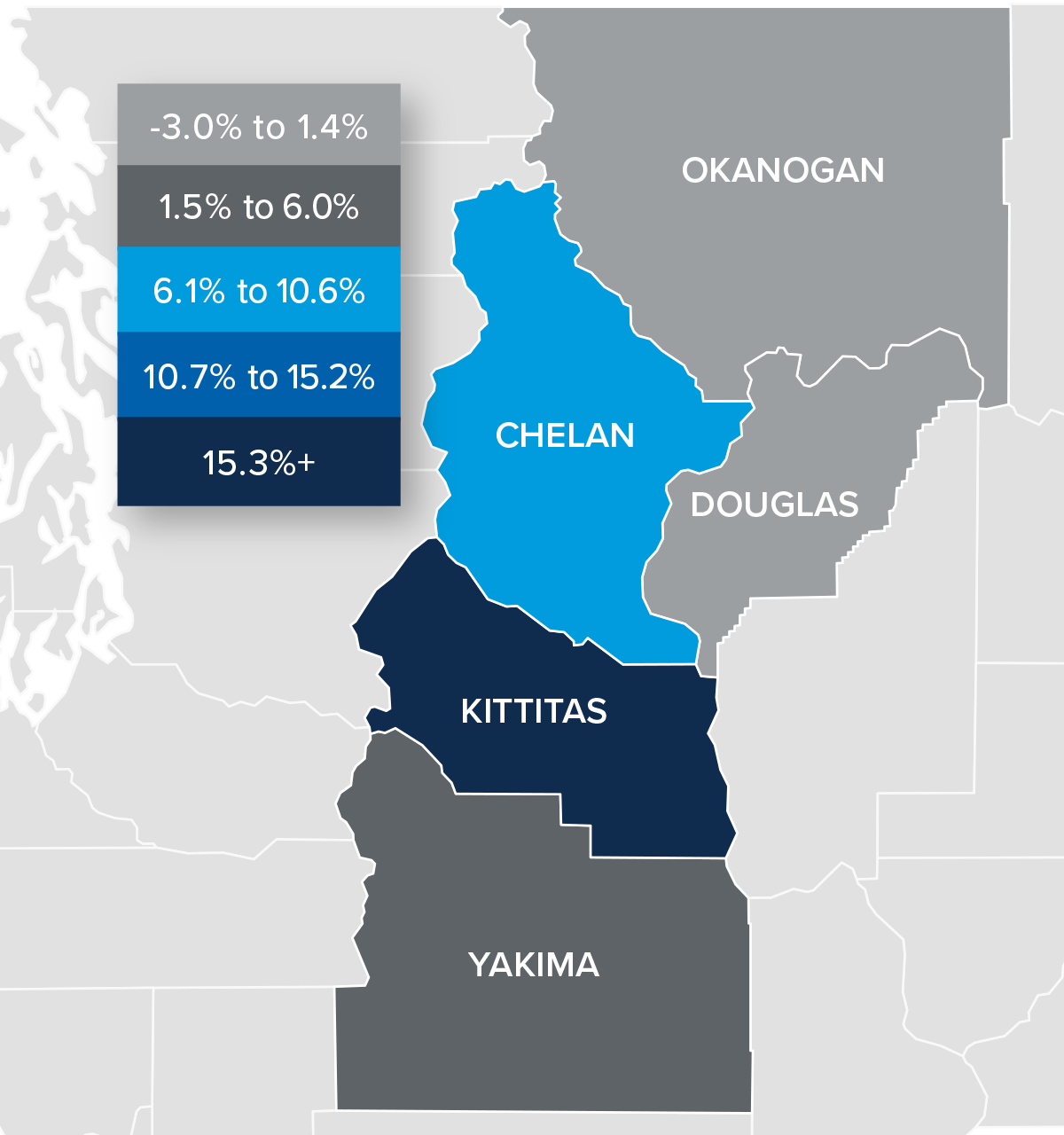 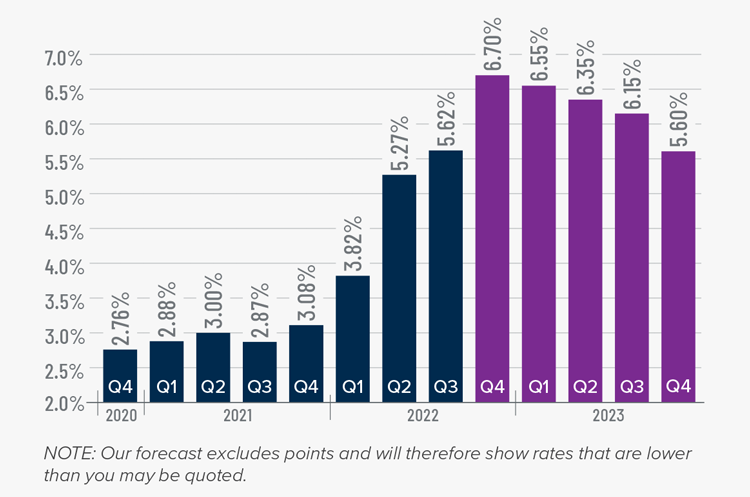 ❱ The average time it took to sell a home in Central Washington in the third quarter was 37 days.

❱ During third quarter, it took five more days to sell a home in Central Washington than it did a year ago.

❱ Year over year, only Yakima County saw a decline in the average time it took for homes to sell. Although market time rose in the balance of the region, increases were not significant. Compared to the second quarter of 2022, market time also rose in all areas other than Yakima County.

❱ On average, it took five more days to sell a home in the third quarter than it did in the second quarter of this year.

With mortgage rates 2.7% higher than a year ago, buyers are no longer accepting the prices that many sellers are asking for. Although rates have been rising at a significant pace for the past several months, buyers hit the brakes in the third quarter. As we move through winter, I expect the market to enter its traditional downtime. I’m hopeful that mortgage rates will stabilize by spring, which should bring out more buyers. That said, mortgage rates are not expected to fall significantly, which will act as a reset when it comes to home values. This may concern some homeowners, but they have seen their home values rise significantly over the past few years, and most have more than enough equity to accept a modest price correction. 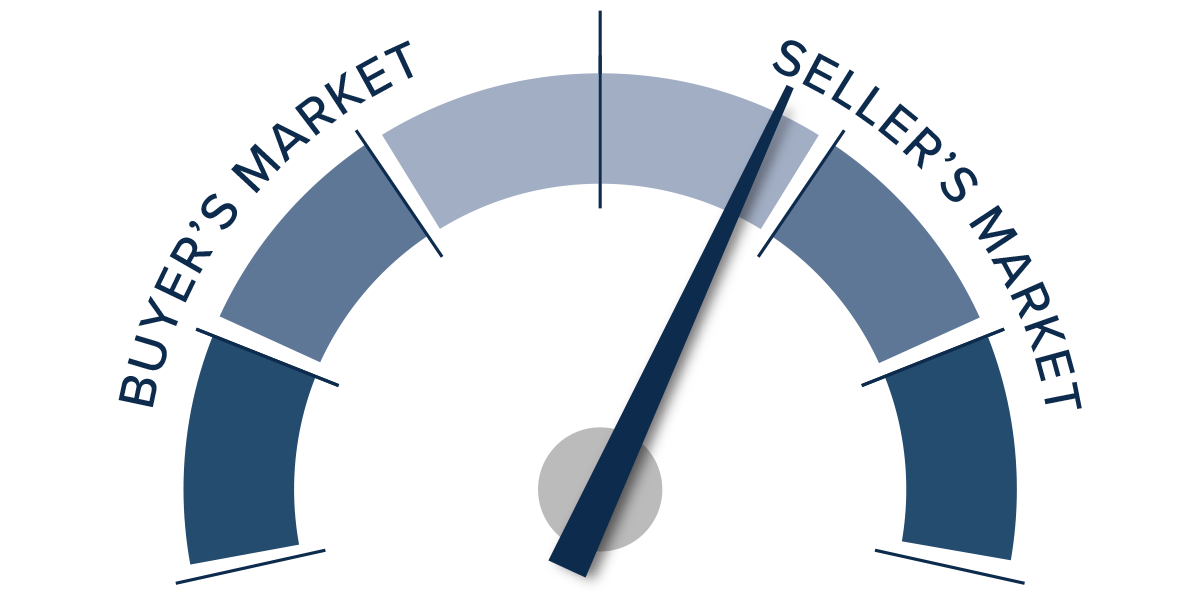 With market dynamics shifting significantly, I am moving the needle more in favor of buyers. It is not a traditional buyer’s market, but the region is far closer to balance than it has been in quite some time.