Oregon has added 46,500 new jobs over the past 12 months with impressive gains seen in the professional and business services, leisure and hospitality, and trade sectors. Also of interest is that the construction sector continues to expand rapidly, potentially signifying greater interest in adding to the region’s housing supply. Year-over-year, employment in Oregon has risen by 2.5%. In May, the state unemployment rate fell slightly to 3.6%. Unemployment was 3.7% in April of this year and 5% in May of 2016. As unemployment edged down, the labor force hit a record high. In May, Oregon’s labor force rose above 2.1 million for the first time and grew by 40,000 in the first five months of this year. 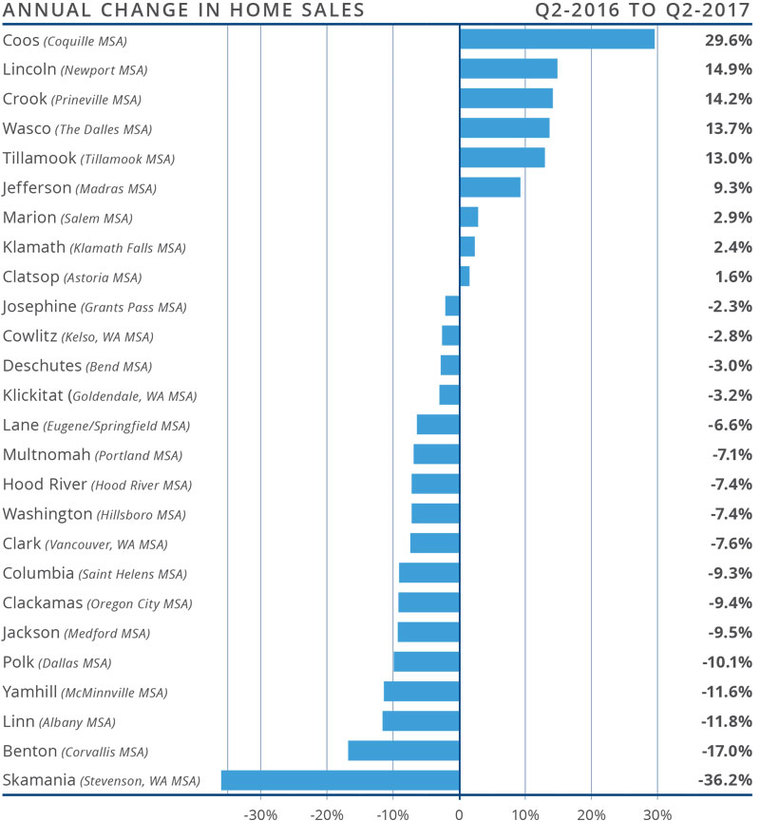 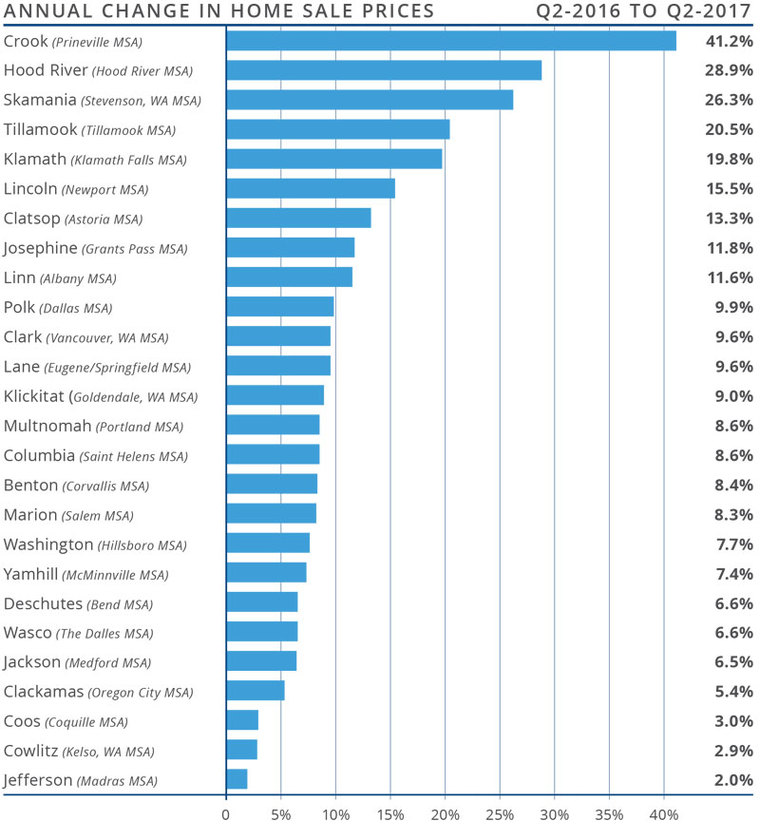 The speedometer reflects the state of the region’s housing market using housing inventory, price gains, home sales, interest rates, and larger economic factors. Housing markets throughout Oregon continue to benefit greatly from the robust regional economy. Even as home sales have slowed in some counties, the market is remarkably tight and will likely remain that way for the balance of the year. As such, I have moved the needle slightly more toward sellers for the second quarter.