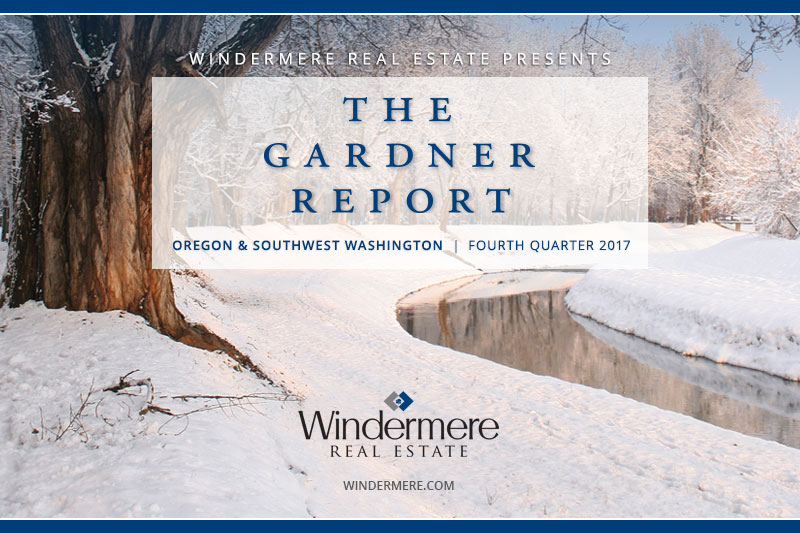 Oregon’s unemployment rate was in record low territory for all of 2017, diving to 3.6% in May of 2017, before drifting up to 4.2% by November. It is clear that the annual average unemployment rate for the whole of 2017 will be the lowest on record. 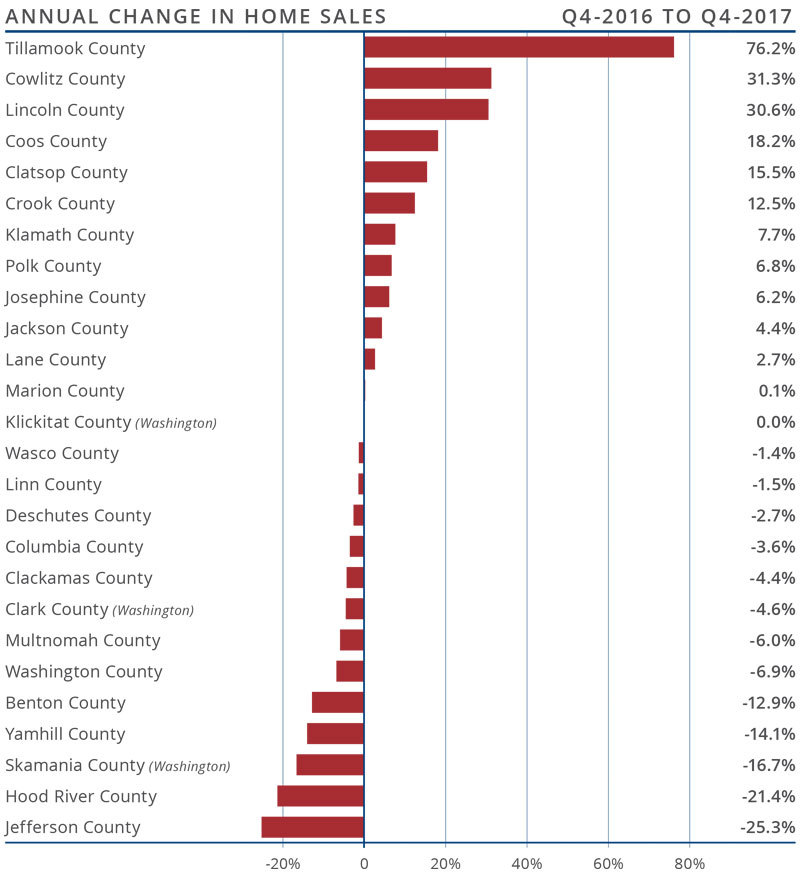 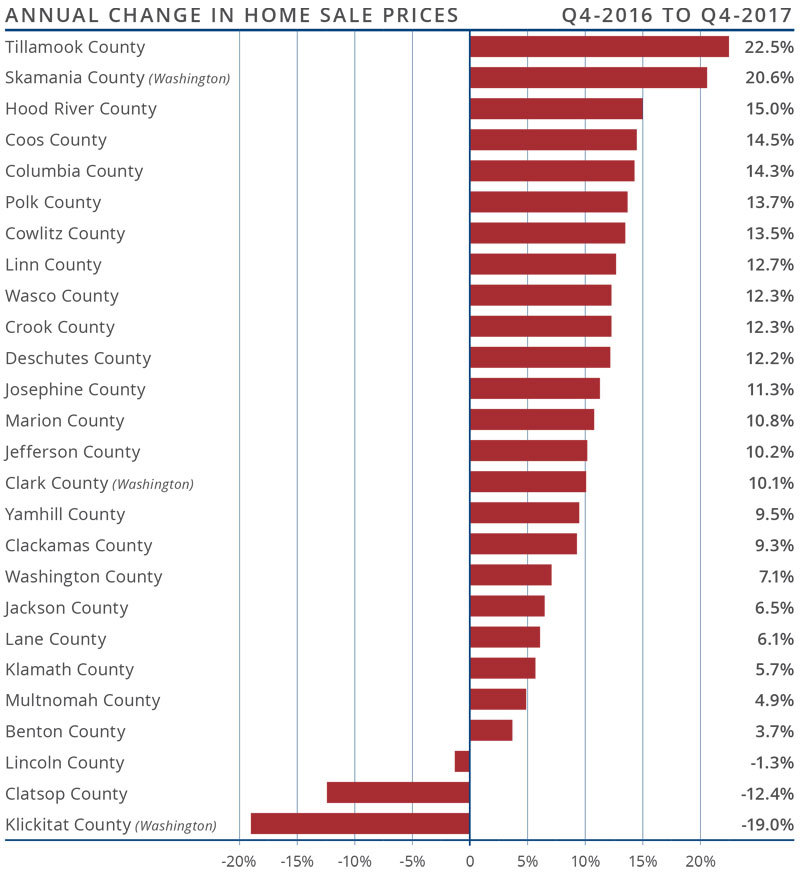 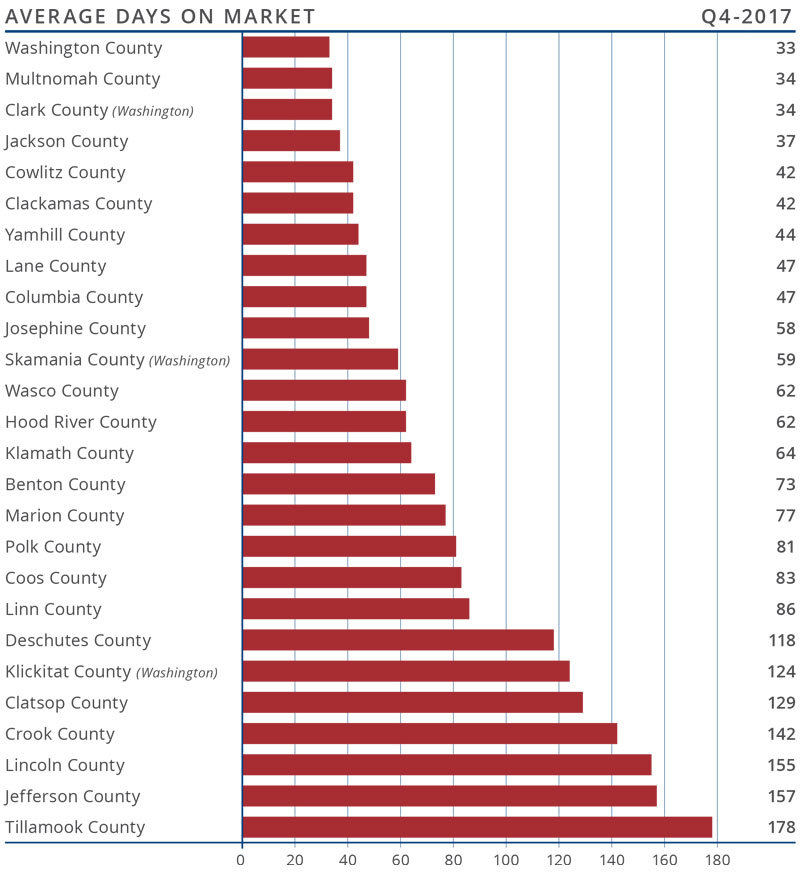 The Oregon/Southwest Washington housing market remains fairly strong and, given that inventory levels are unlikely to increase as we head toward the traditionally busier spring market, sellers remain firmly in the driver’s seat. That said, price growth and home sales have slowed, so I am leaving the needle in the same position as last quarter.