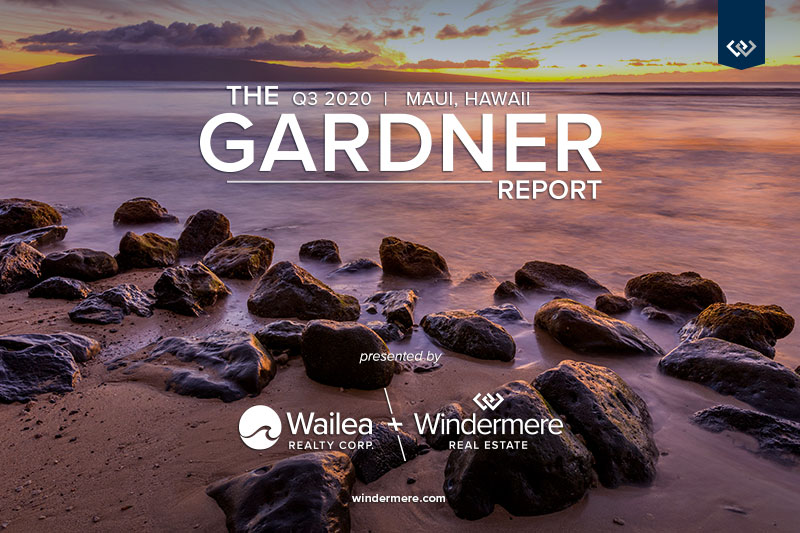 The following analysis of select Maui real estate markets is provided by Windermere Real Estate Chief Economist Matthew Gardner. We hope that this information may assist you with making better-informed real estate decisions. For further information about the housing market in your area, please don’t hesitate to contact your Windermere agent.

COVID-19 continues to significantly impact employment on Maui, causing the loss of 23,000 jobs between February and September. That said, although it really is no consolation, employment has risen by 900 jobs from the low in May. The mandatory 14-day self-quarantine proclamation introduced by Governor Inge has been replaced with a pre-travel testing option. Hopefully this will lead to increased tourism, which is the backbone of Maui’s economy. The unemployment rate on the island hit a very high 35.8% in April. This has dropped to the current rate of 24%, which is still high. I will temper enthusiasm about this improvement by saying that much of the decline was due to a significant reduction in the labor force. All of the Hawaiian Islands are suffering, but a bottom in employment has been reached. That said, I am not holding out any hope of significant job recovery until next year when a vaccine is freely available—and being used.

❱ Sales did rise in the Central area, but the increase only amounted to one additional sale. The largest drop in sales was again in South Maui, where 98 fewer transactions closed compared to a year ago.

❱ Pending home sales were 2.2% lower than a year ago but they were a significant 49.3% higher than in the second quarter of this year. This means closings in the final quarter will likely be positive. 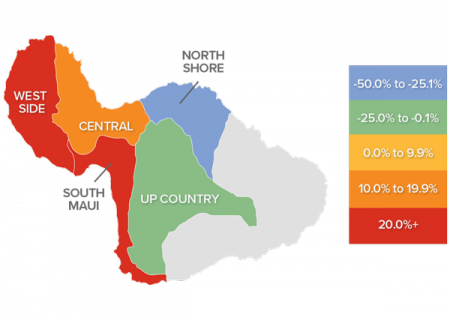 ❱ Affordability is still a significant issue, but prices continue to appreciate. It is possible that buyers from the mainland are seeking out alternatives to traditional hotel or rental home vacations and are choosing to buy instead.

❱ Price growth was a mixed bag, with prices rising in three areas and dropping in two. The Westside and South Maui saw significant price growth, but the North Shore market experienced a major price drop. I am not particularly concerned about this as it is a very small area.

❱ The takeaway here is that price growth was very positive regardless of the economic issues that persist.

❱ The average number of days it took to sell a home on Maui dropped 18 days compared to the third quarter of 2019.

❱ The amount of time it took to sell a home dropped in the Westside, North Shore, and Up Country but rose in all other areas.

❱ In the third quarter, it took an average of 54 days to sell a home, with North Shore homes selling at the fastest pace. It is taking the longest time to sell in South Maui.

❱ Market time not only dropped relative to a year ago, it also took 16 fewer days than in the second quarter. This is positive and shows there is demand from buyers. 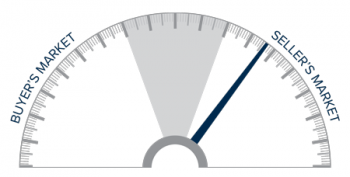 Unsurprisingly, the island is still reacting to the influences of COVID-19. Demand, although down from a year ago, was up relative to the second quarter, which is good. The pandemic will continue to influence the direction of the housing market and, as I suggested would be the case in the second quarter Gardner Report, there does appear to be some sort of return to a more normal market.

Price growth was significant, and sales rose in the quarter. As such, I am moving the needle back a little more in favor of sellers.