What is a Cape Cod Home?

History of the Cade Cod Home

The original idea behind the Cape Cod home was to bring a bit of across-the-pond familiarity to the early English settlers in New England. The design of the home was conceptually similar to an English cottage, except with certain modifications to fit the harsher Northeast climate. These homes were built throughout the region during the 19th century, then experienced a surge in popularity in the early-to-mid twentieth century, due to a renewed interest in colonial-era architecture and their affordability in a post-World War II economy. 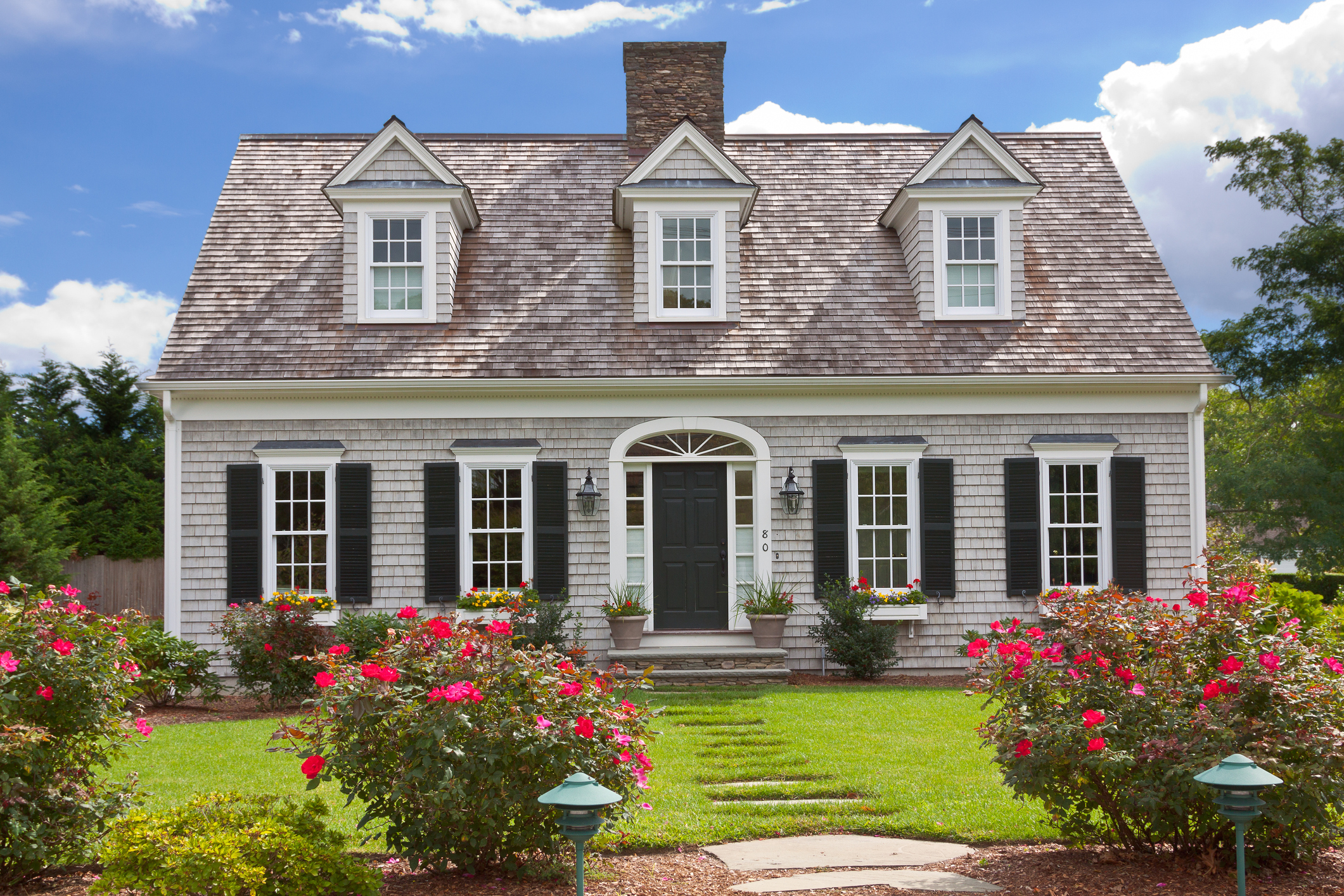 What is a Cape Cod Home?

The Cape Cod style uses simple lines and shapes that recall the English cottages they’re inspired by. They are typically one or two stories, square or rectangle in shape, with steeply pitched roofs, shingled exteriors, window shutters, and a central chimney. The steepness of the roofs was designed to reduce snow buildup, thereby reducing the risk of a roof collapse from bearing too much weight. The characteristically low ceilings were meant to prevent heat from escaping, while the shutters served as a wind block against the cold New England breeze.

There are multiple styles of Cape Cod homes. The easiest way to tell the difference between styles is to count the number of windows on either side of the front door. If there are two windows on one side of the door, it is what is known as a “half cape.” A home with two windows on each side of the front door is known as a “full cape.”  Regardless of which sub-category a particular Cape Cod home falls under, they all share a flat front façade, which creates their square or rectangular shape. Over time, designers have updated the Cape Cod design to accommodate the needs of modern life, but their unmistakable aesthetic remains timeless.

Visit our Architectural Styles page to learn more about the history behind certain styles of home design, from A-Frame to Victorian. For more information on home design, remodeling, and decorating, visit the Design page on our blog.

Related Articles
Design Designing Your Rental To Feel Like Home Stylizing your own home can be a daunting but rewarding challenge. When you own your living space, it's easy to feel a sense of ownership over every piece of your design. But for renters, the challenge is a bit different. Despite limitations, it's no less important to one's well-being for a residence to convey a sense of ownership and self.
Design What is Row House Architecture? Of all the alternatives to single-family detached homes that remain popular today, row houses may have the longest history. Some of the oldest and largest cities on the East Coast such as New York City, Boston, and Philadelphia still have row houses in great numbers. These iconic structures have served as the backdrop for some […]
Design Contemporary Interior Design Although there are certain fundamental principles to contemporary design, it is constantly evolving. While other interior design styles are often rooted in a specific period, contemporary design is set in the present. What’s popular now is what’s popular in contemporary design. Its ability to remain timeless is what gives contemporary design its greatest quality—it never […]