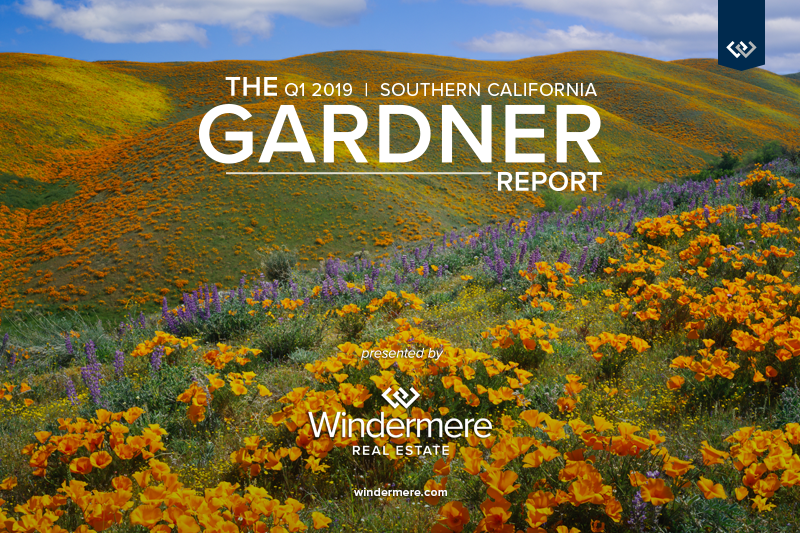 The counties covered by this report — Los Angeles, San Diego, San Bernardino, Orange, and Riverside — added 165,000 new jobs between February 2018 and February 2019. This represents an annual growth rate of 1.7%. In the same timeframe, the unemployment rate dropped from 4.4% to 3.9%. Employment growth in Southern California picked up a little in the late winter. Los Angeles County led the way, adding 96,500 new jobs. My 2019 forecast for employment in Southern California is for continued growth at around 1.5%.

The Southern California economy saw a bit of a boost in early 2019, which is good news. But rising inventory levels and low affordability in many markets will lead to slower price growth. Affordability remains a significant issue and I will be watching proposed legislation, such as Senate Bill 50, to see whether there is enough interest in addressing this obstacle to home ownership.

Rising inventories and slower price growth has led me to move the needle a little further toward buyers.