The following analysis of select counties of the Central and Southern Oregon real estate market is provided by Windermere Real Estate Chief Economist Matthew Gardner. We hope that this information may assist you with making better-informed real estate decisions. For further information about the housing market in your area, please don’t hesitate to contact your Windermere Real Estate agent.

The Central and Southern Oregon counties covered by this report continue to see jobs return. The region is only 1,130 jobs shy of pre-pandemic peak employment. The Medford metropolitan statistical area (MSA) is still lagging, with employment levels 2,530 shy of the peak in January 2020. The other markets that have yet to see a full job recovery are Klamath County (-200 jobs) and Josephine County (-40 jobs). The area’s unemployment rate was 4.1%, down from 5.3% a year ago and .1% above the pre-pandemic low. By area, the lowest jobless rate was in Bend (3.6%) and the highest was in Klamath County, where 5.3% of the labor force is still without a job.

❱ Compared to the second quarter of this year, sales fell in Crook, Jackson, and Josephine counties, but rose in the balance of the market areas covered by this report.

❱ Home sales fell in all counties compared to a year ago, with significant declines in the Medford and Bend markets.

❱ The growth in sales from the second quarter, while very small, was pleasing. The region is going through a transition, due in no small part to significantly higher financing costs, but I expect to see more stability come into play as mortgage rates start to even out.

❱ Compared to the second quarter of 2022, average prices rose in all counties other than Jackson, where prices dropped 1%.

❱ Four out of the six counties contained in this report saw sale prices rise year over year. The two counties where prices dropped only experienced a modest decline.

❱ Home prices don’t appear to have been significantly impacted by rising mortgage rates yet. Median list prices in the area rose in all counties other than Crook and Josephine, suggesting that home sellers are generally still confident. 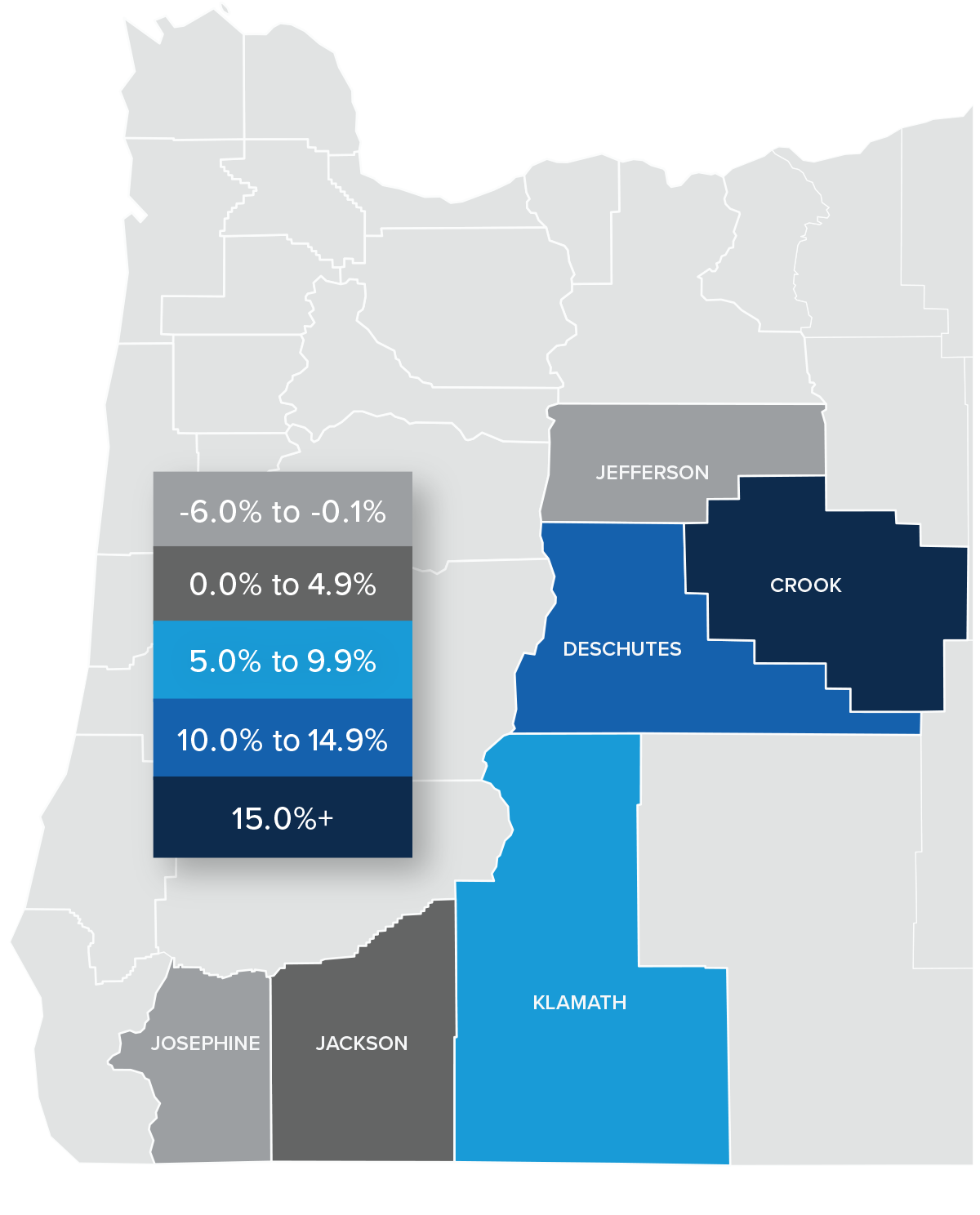 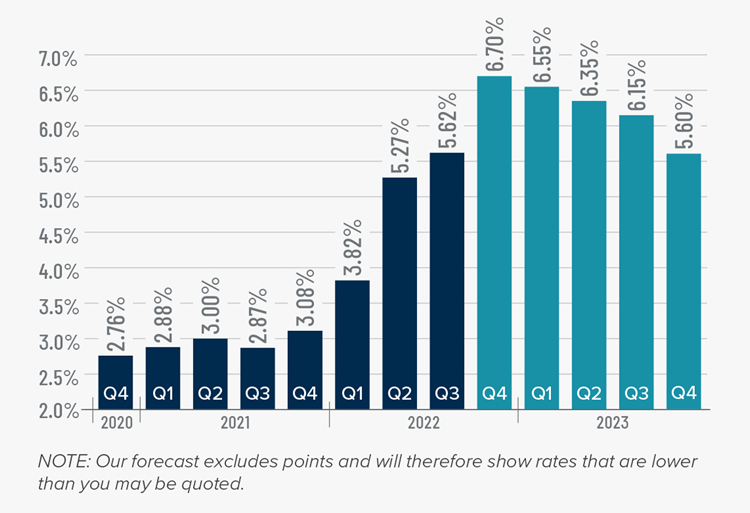 ❱ The average time it took to sell a home in the region rose 12 days compared to a year ago. It took 5 more days for a home to go under contract than it did in the second quarter of the year.

❱ Although rising, the time it took a home to sell in the third quarter remains well below the pre-pandemic average.

The labor market in Central and Southern Oregon continues to improve, but the housing market is starting to experience a period of uncertainty. I mentioned in the second quarter Gardner Report that buyers and sellers may believe the market is underperforming, but this isn’t actually the case. What we are seeing is a pullback from the overstimulated market of 2020 and 2021. The primary reason for this reversion is that mortgage rates have jumped from the all-time lows that were seen during that period. 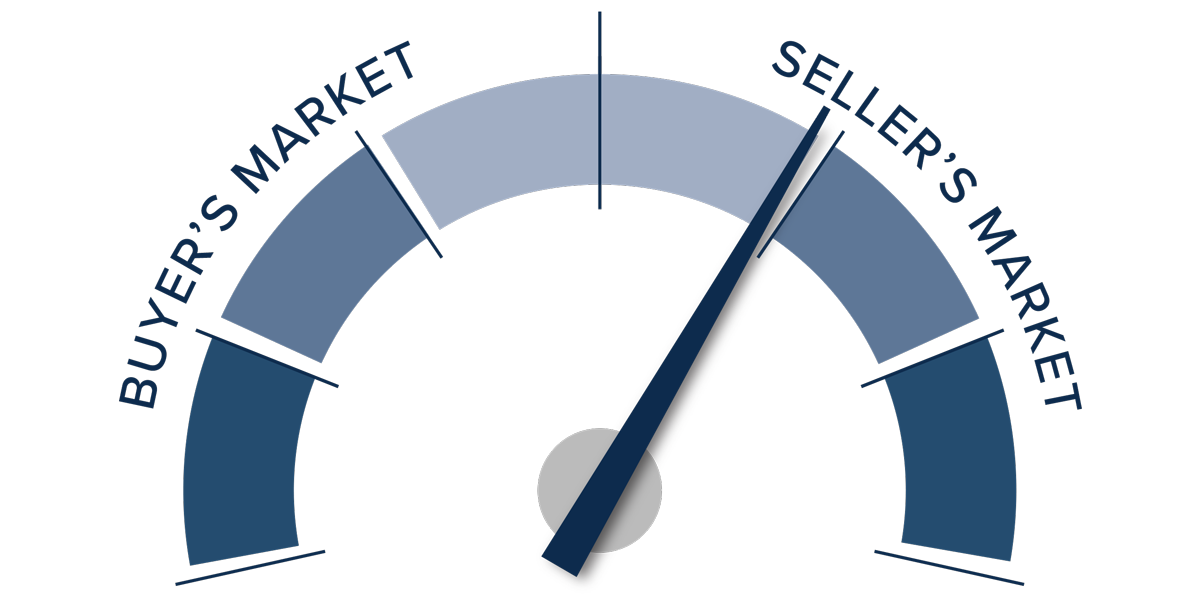 Homeowners may feel frustrated by this slowing of activity and may also be worried that prices will decline. Though some markets may experience a very modest drop in sale prices, homeowners have seen their property values leap since the pandemic started, and an average of 56% of owners with a mortgage in Central and Southern Oregon are sitting on at least 50% equity. The region will continue to shift back toward equilibrium. As such, I moved the needle closer to signifying a more balanced market than we have seen in over a decade.