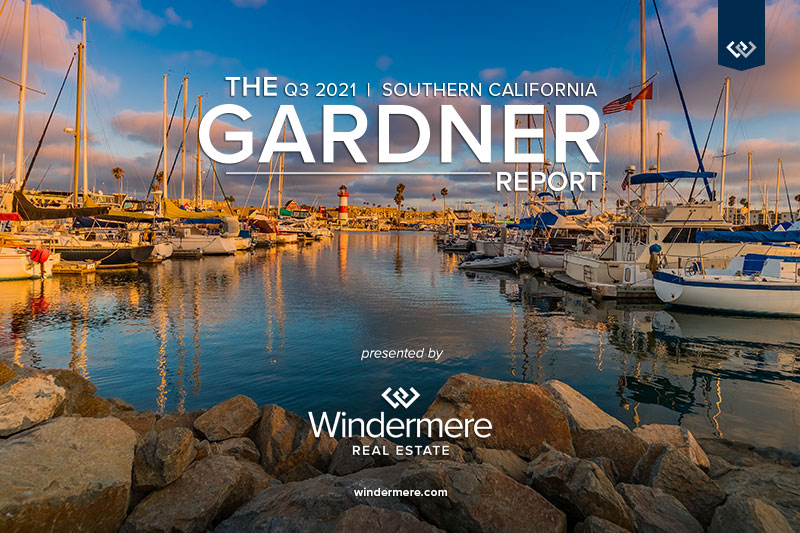 The job recovery in Southern California continues to be quite the roller-coaster, with solid monthly gains followed by significant drops. In the first quarter of the year, more than 326,000 jobs returned, but that was followed by a less-than-stellar 8,300 increase in the second quarter. The latest third quarter numbers (most recent data is from August) showed that the Southern California region has added more than 27,000 positions, but this is still underwhelming.

The COVID-19 Delta variant is impacting the job market, and a lack of available workers isn’t helping. In aggregate, the region has recovered 1.31 million of the 2.02 million jobs that were shed when the pandemic hit, but this means Southern California is still down more than 700,000 positions. The region’s unemployment rate in August was 8.2%, down significantly from 14.2% a year ago. The most recent data shows the lowest jobless rates were in Orange (6%) and San Diego (6.6%) counties. The highest rate was again in Los Angeles County, where it was 9.7%. Although the current pace of the job recovery is muted, I hope it will pick up in the not-too-distant future, but the likelihood of reaching full employment anytime soon appears to be unrealistic.

❱ In the third quarter, 50,313 homes sold in Southern California, representing a 0.1% drop from the same period in 2020 and 4.7% lower than in the second quarter of this year.

❱ Pending home sales, which are an indicator of future closings, were 4.5% lower than in the second quarter of this year, suggesting that the final quarter may also be down.

❱ Year-over-year, home sales rose in Los Angeles County, but pulled back in the remaining markets covered by this report. Compared to the second quarter, sales pulled back in all markets other than San Bernardino, where sales rose 6%.

❱ The issue is not demand, rather a lack of supply is holding the market back. Listing activity is down 22.3% from a year ago, and this is impacting sales. That said, listings were 17.1% higher than in the second quarter and, with more choice starting to emerge in the market, we could see sales volumes pick back up. 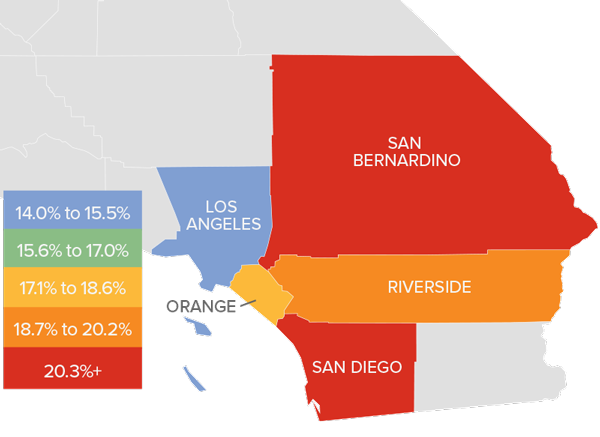 ❱ The region saw double-digit price growth across all counties contained in this report. Year over year, prices were up more than 19%, but they were down 1.4% from the previous quarter.

❱ As stated in last quarter’s report, I believe interest rates will rise slowly, which is likely to bring out more buyers. With inventory levels starting to tick up, I am expecting the regional housing market to trend higher, but likely not until the spring.

❱ Three counties saw the time it took to sell a house drop compared to the second quarter of this year: Riverside, Los Angeles, and Orange. Market time was static in San Bernardino County and rose by one day in San Diego County.

❱ Homes in San Diego County continue to sell at a faster rate than other markets in the region. In the third quarter, it took an average of 14 days to sell a home there—9 fewer days than it took a year ago.

❱ With it taking an average of a little more than two weeks for a home to find a buyer, the market remains very tight. That said, with inventory levels rising, it is possible that days on market will start to creep higher, especially as affordability constraints potentially limit the number of qualified buyers. 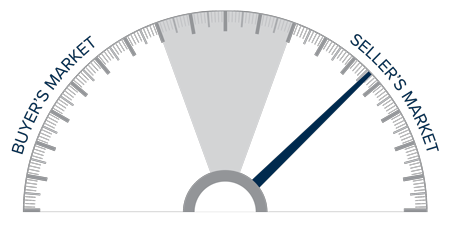 The third quarter was quite a mixed bag, with rising inventory levels but lower sales and prices compared to the second quarter. When I look at list prices, which is a leading indicator, as opposed to sale prices, which are a lagging indicator, I notice some softening in San Bernardino, Los Angeles, and Riverside counties. Although not a cause for concern, it may suggest that the market is about to start to cool—albeit modestly.

As such, I have chosen to move the needle a little more in the direction of home buyers, although sellers still have the upper hand.