The following analysis of select counties of the Idaho real estate market is provided by Windermere Real Estate Chief Economist Matthew Gardner. We hope that this information may assist you with making better-informed real estate decisions. For further information about the housing market in your area, please don’t hesitate to contact your Windermere Real Estate agent.

Employment in Idaho continues to rise, but the pace of growth has started to taper. The addition of 22,400 jobs over the past 12 months represents a growth rate of 2.8%. Idaho’s unemployment rate in June was 2.5%, which is down from 3.7% a year ago and the lowest it’s been since records started being kept in 1976. Although jobs are being added at a slower pace, I am not concerned given the current unemployment rate.

❱ Listing activity was up more than 90% compared to a year ago, and the average number of homes on the market was 164% higher than in the first quarter.

❱ Compared to the same period a year ago, sales rose in Boundary, Bonner, and Shoshone counties in the northern part of the state and were higher in Ada, Gem, and Canyon counties in Southern Idaho. Sales rose from the first quarter of 2022 in all counties except Payette, though that market saw only three fewer transactions.

❱ Pending sales were 4.4% higher than in the first quarter of the year. It appears that buyers are taking advantage of greater choice in the market. 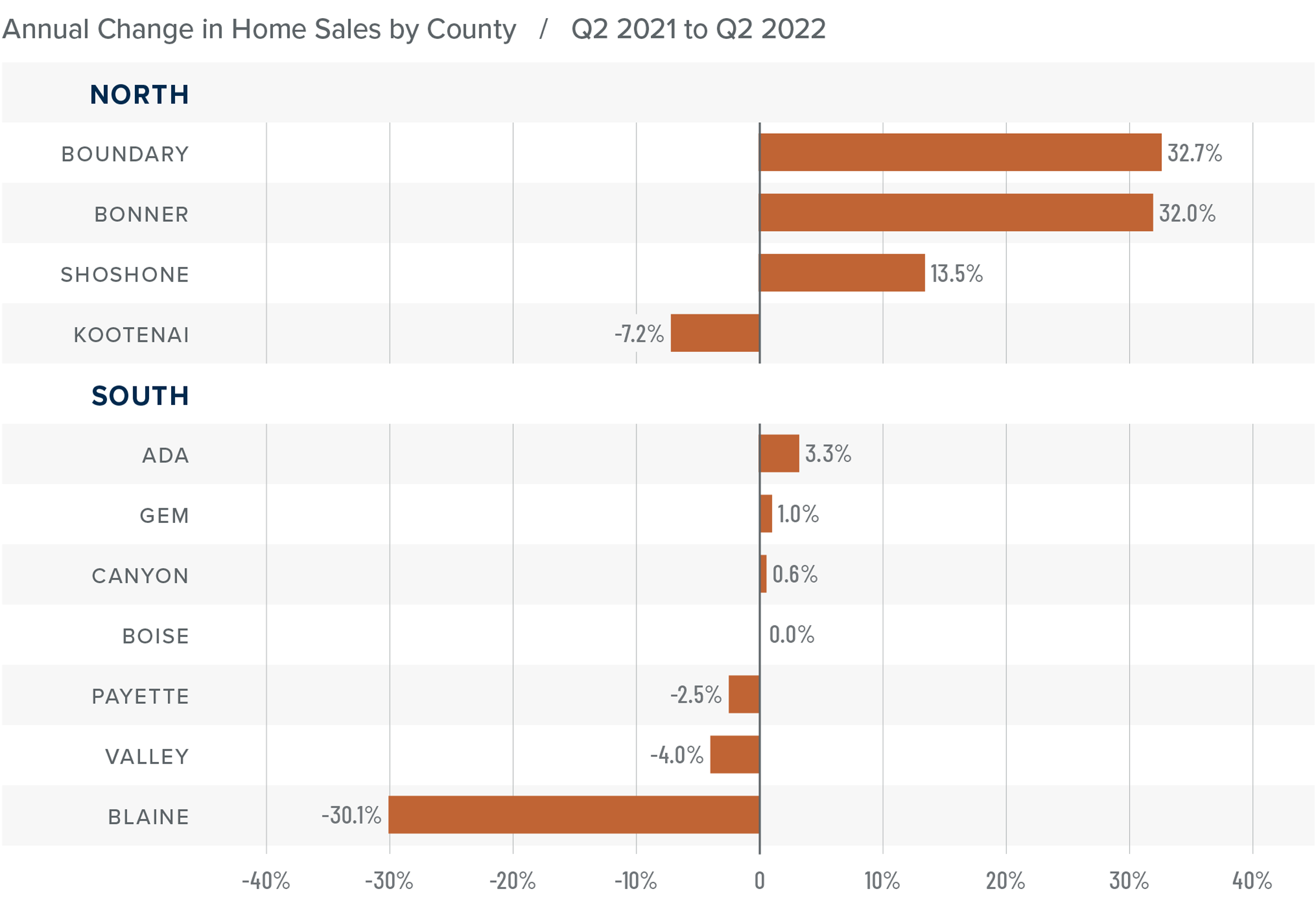 ❱ I have been watching list prices, as they are a leading indicator of the health of the housing market. In second quarter, they rose in every county other than Boundary in the Northern Idaho markets, but the southern counties of Valley, Ada, Boise, and Canyon all had lower median list prices than in the previous quarter. This suggests that the rapid pace of price growth in the area may be starting to slow. 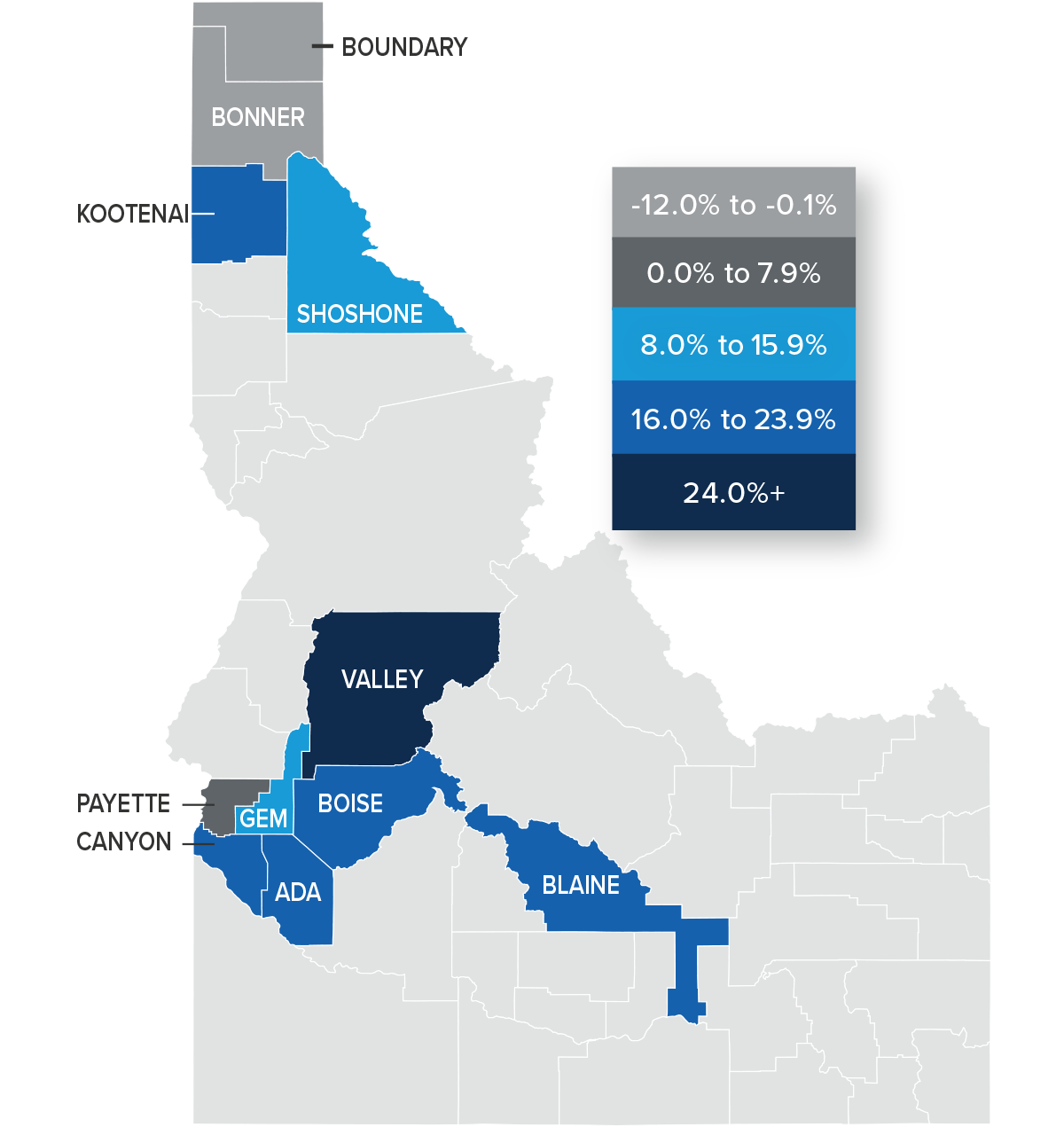 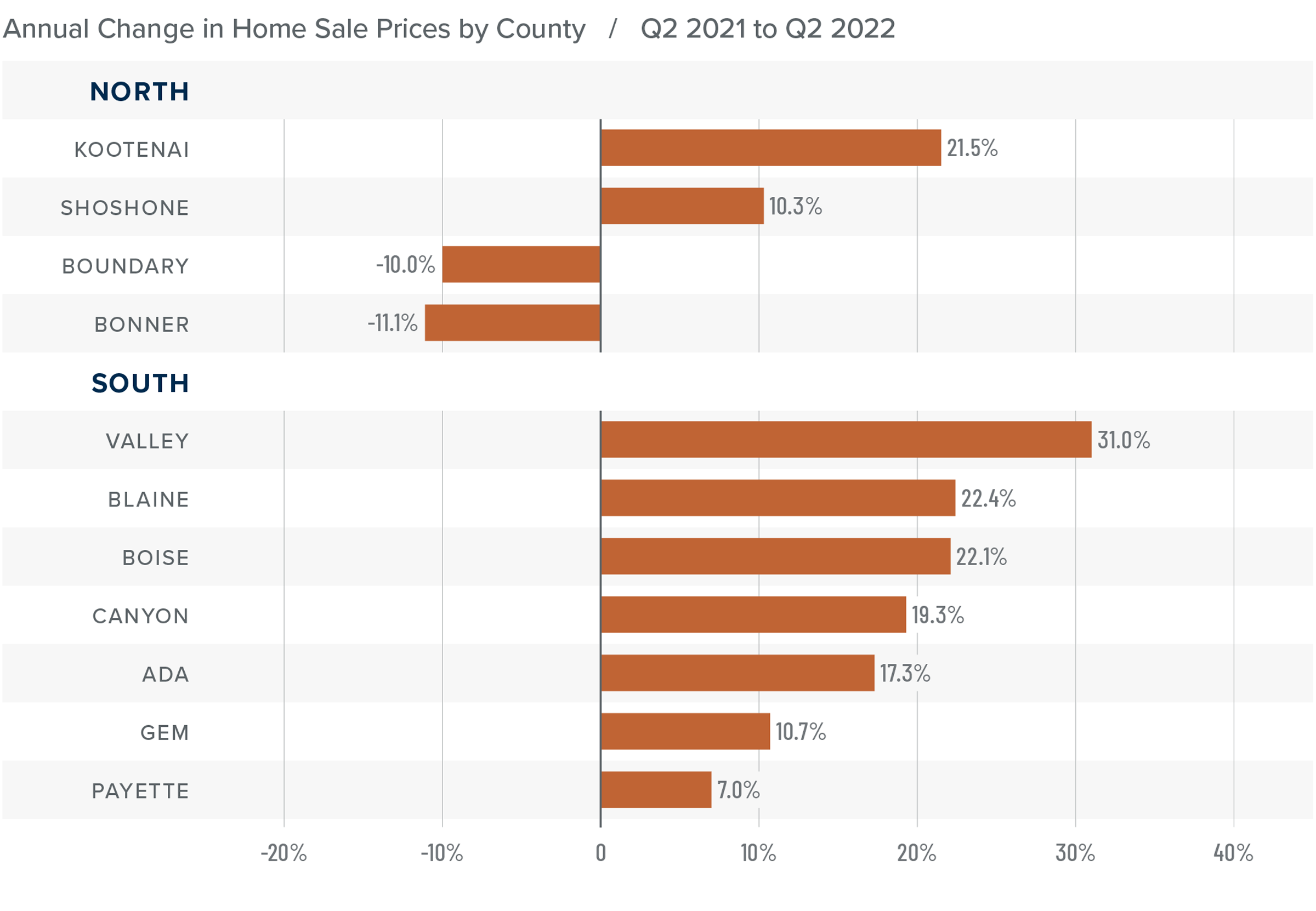 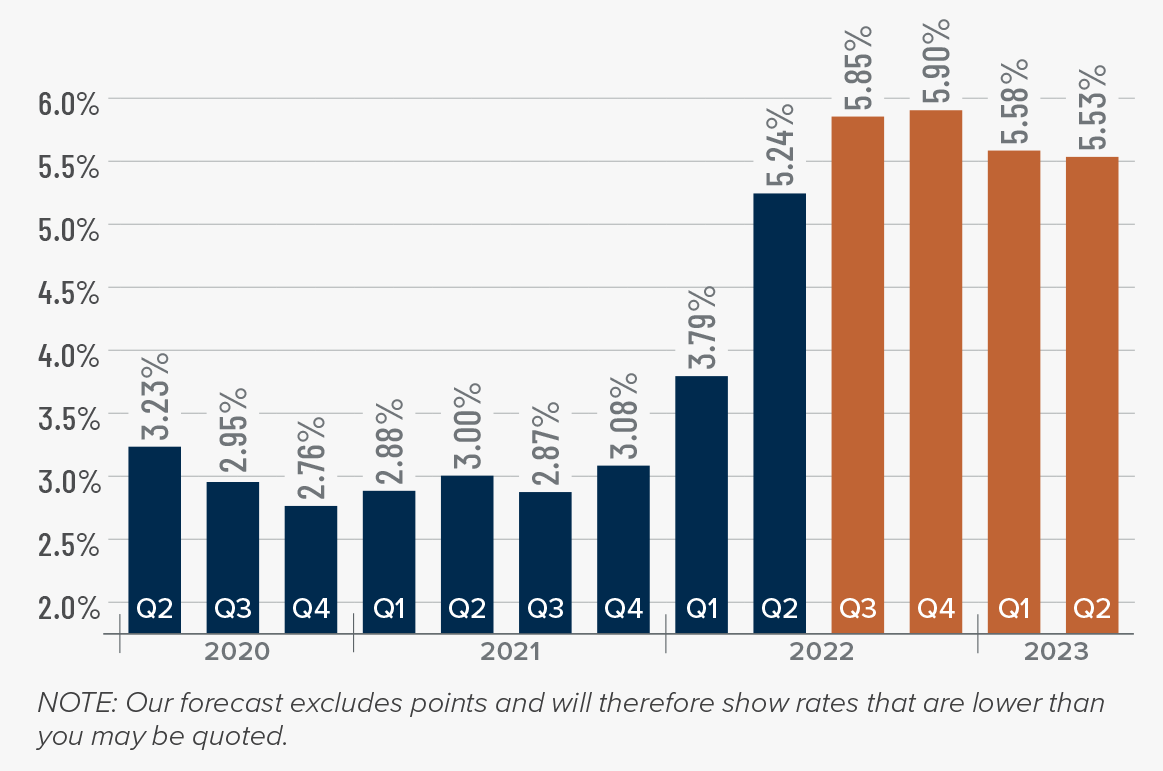 ❱ The average number of days it took to sell a home in the region matched the second quarter of 2021 but fell seven days compared to the first quarter of the year.

❱ In Northern Idaho, days on market rose in all counties except Kootenai compared to a year ago. Market time rose in every county other than Valley and Blaine in Southern Idaho.

❱ It took an average of 83 days to sell a home in Northern Idaho and 40 days in the southern part of the state covered by this report.

❱ Homes again sold the fastest in Ada County in the southern part of the state and in Kootenai County in Northern Idaho. 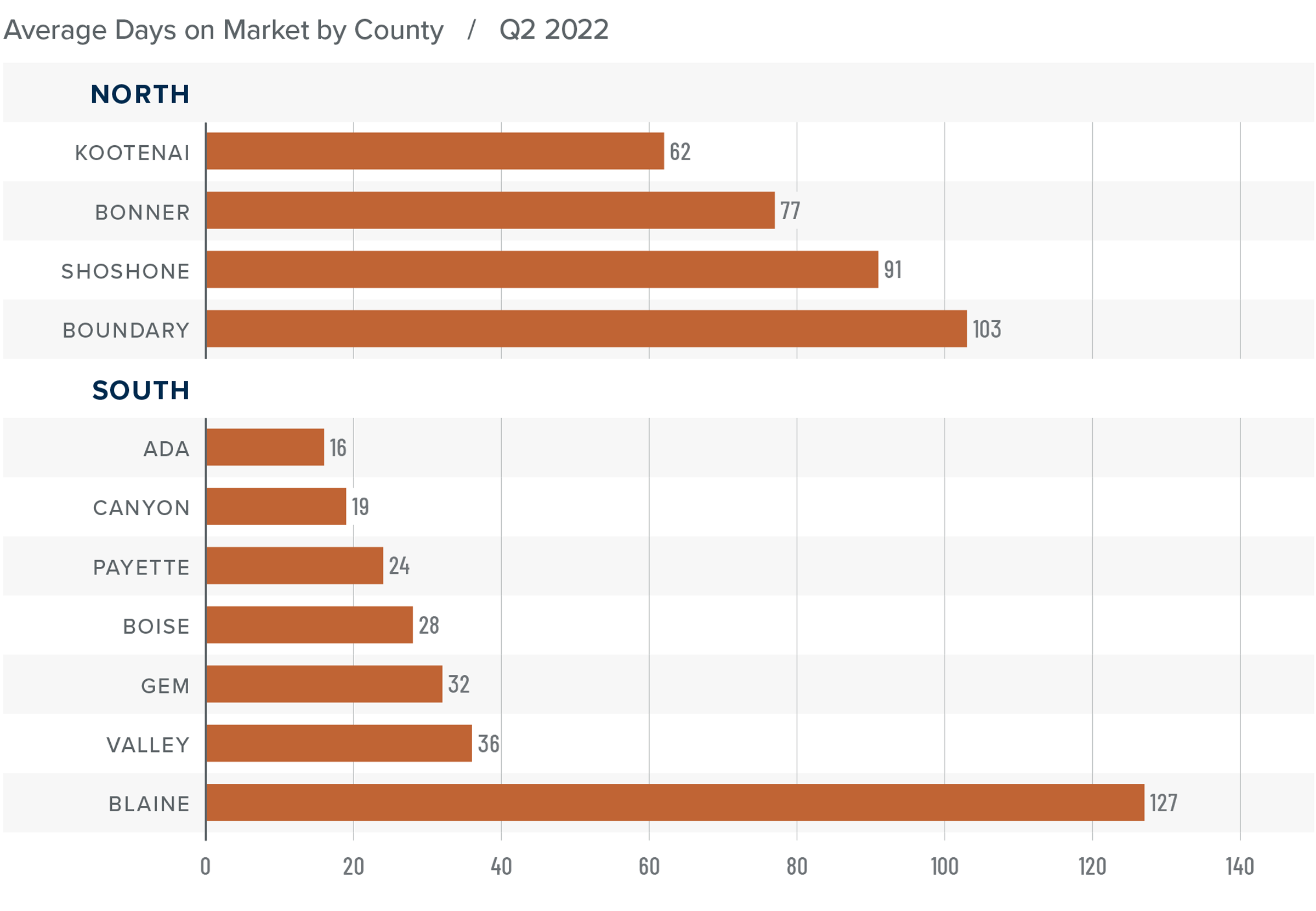 The economy continues to grow, albeit at a slower pace than over the past 18 months, and the labor market is still healthy. Even though the number of homes for sale has jumped significantly, which normally favors buyers, demand appears to still be robust. With list prices continuing to rise, sellers are clearly confident even as financing costs continue to increase. That said, the pace of price growth is slowing but overall sellers are still in control. 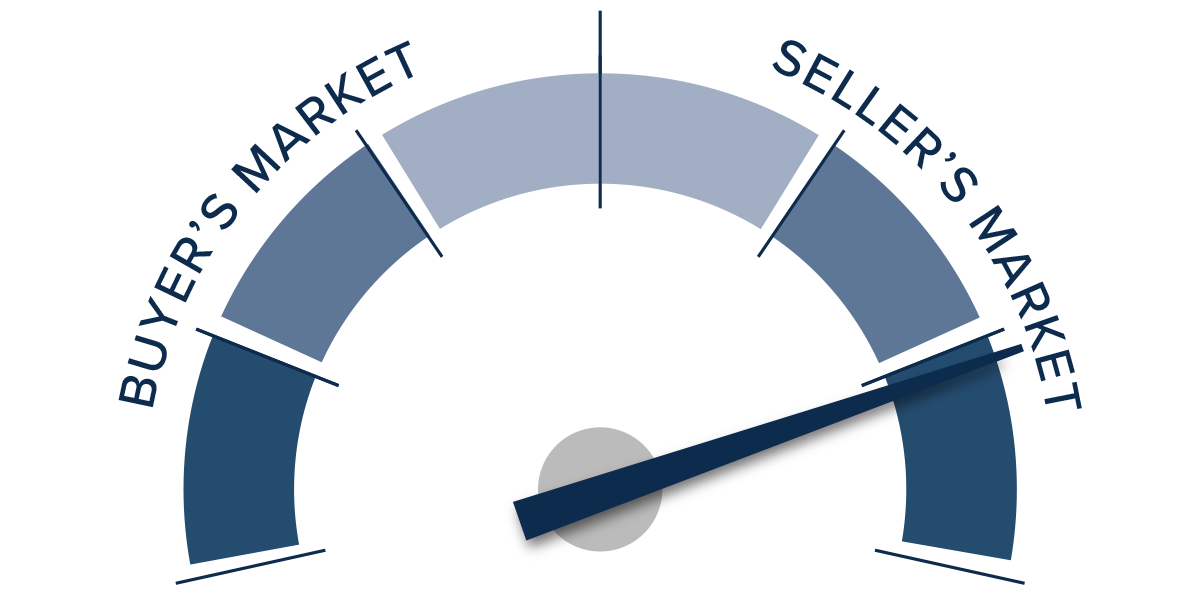 Given all the aforementioned factors, I have left the needle in the same position as last quarter. Even though the market is doing well, slipping list prices in several Southern Idaho counties suggest that those markets may have found a price ceiling. Even so, sellers remain in the driver’s seat.