The following analysis of select counties of the Central and Southern Oregon real estate market is provided by Windermere Real Estate Chief Economist Matthew Gardner. We hope that this information may assist you with making better-informed real estate decisions. For further information about the housing market in your area, please don’t hesitate to contact your Windermere Real Estate agent.

The Central and Southern Oregon counties covered by this report have added 5,470 new jobs over the past 12 months, representing an annual growth rate of 2.3%. The region has now recovered all but 2,400 of the more than 37,000 jobs that were lost due to the pandemic.The Bend Metro Service Area (MSA) and Crook County have both returned the jobs lost during the pandemic, but the Medford MSA is still lagging, with employment levels 3,200 lower than at the start of 2020. The area’s unemployment rate was 4%, down from 6.1% a year ago and matching the pre-pandemic low. By area, the lowest jobless rate was in Bend (3.4%) and the highest was in Klamath County, where 5.3% of the labor force is still without a job.

❱ In the second quarter, 2,424 homes sold, which represented a drop of 11.1% compared to the same period a year ago. Sales were 9.6% lower than in the first quarter of the year.

❱ Compared to the first quarter of this year, sales grew in Crook, Jackson, Josephine, and Klamath counties, but fell in Deschutes and Jefferson counties.

❱ The drop in sales is not troubling; the market is only reverting back to its pre-pandemic pace. There will certainly be some markets that underperform, and this may make it feel as if the market is collapsing, but it isn’t.

❱ Compared to the first quarter of the year, average prices rose in all counties other than Josephine. In Bend, prices were up more than 13%.

❱ All counties contained in this report except Crook saw average prices rise compared to a year ago. The Bend area experienced significant increases.

❱ Home prices have not been significantly influenced by the increase in mortgage rates yet. Median list prices in the area rose in all counties other than Josephine (where they were flat), which suggests that home sellers are still confident. I will be closely monitoring list prices going forward, as they will be the first indicator that the market is cooling. 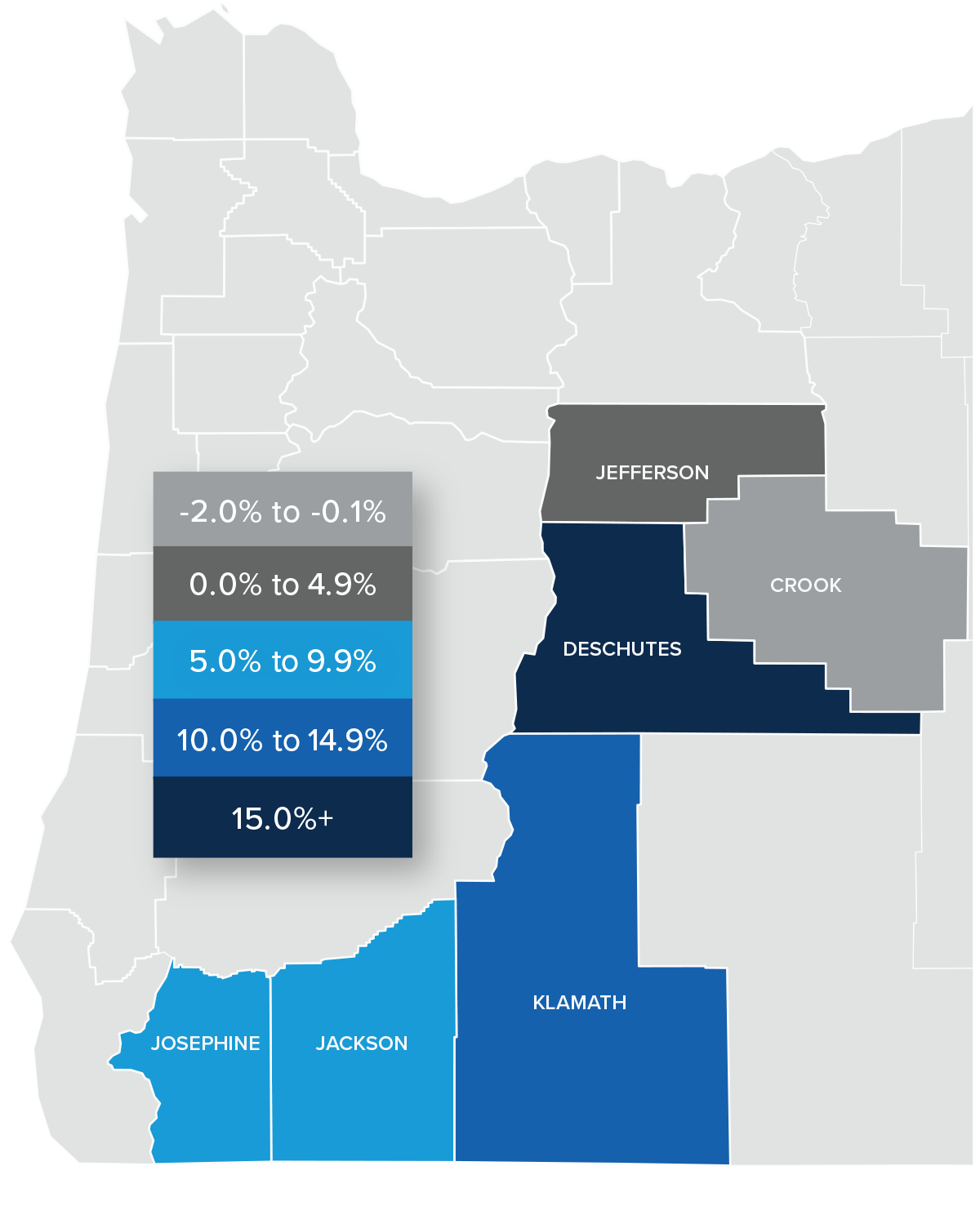 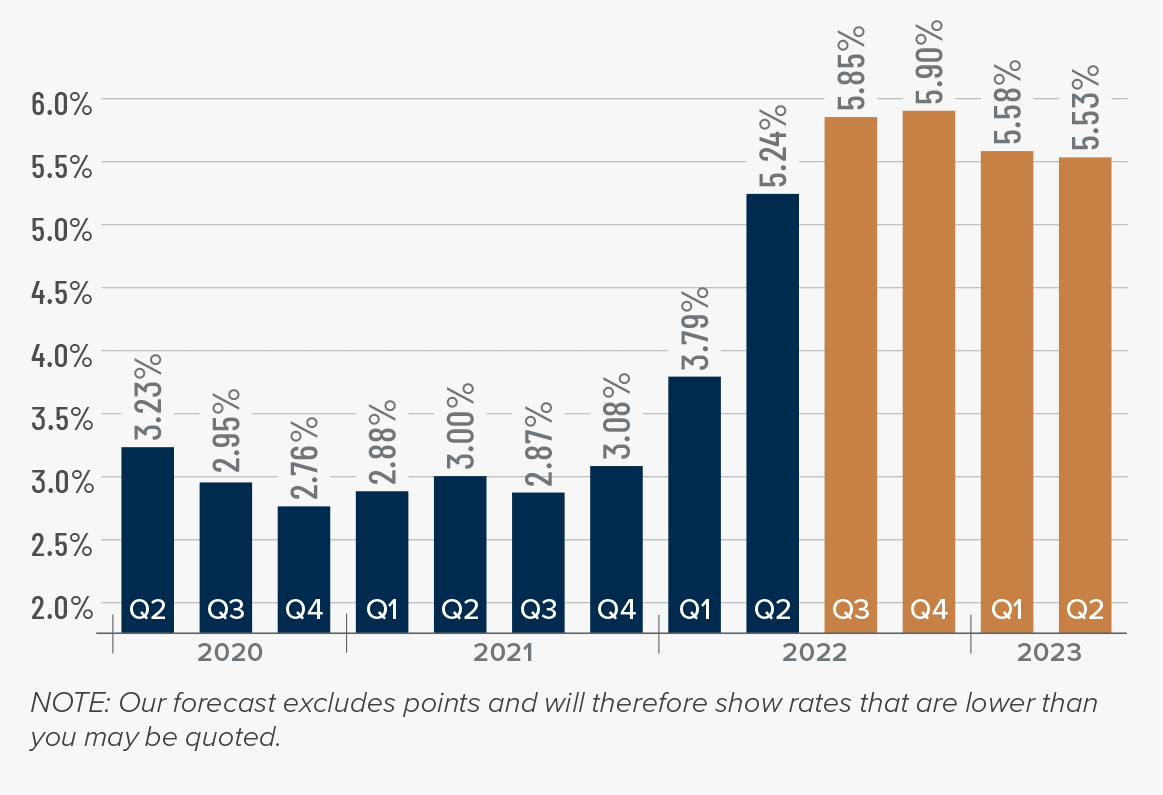 ❱ The average time it took to sell a home in the region rose 2 days compared to a year ago, but it took 14 fewer days for a home to go under contract compared to the first quarter of the year.

❱ The average time it took to sell a home in the second quarter of 2022 was 28 days.

❱ Klamath (-2 days) and Jefferson (-7 days) saw market time drop, while market time rose or remained static in the rest of the region compared to a year ago. Market time fell across the board compared to the first quarter of this year.

❱ Interestingly, the average market time in the second quarter of 2019 (pre-pandemic) was 82 days, which is just one indicator as to the vibrancy of the region’s housing market.

Though the job market is recovering more slowly than I would like, the housing market is still performing strongly. As we move through the year, some may believe that the market is underperforming, but this is not the case. Along with much of the rest of the country, the Central and Southern Oregon housing market has been overperforming since the pandemic started. As the market starts to trend back to its pre-pandemic pace of sales and price growth, the slowdown might feel exaggerated but there is no cause for concern. 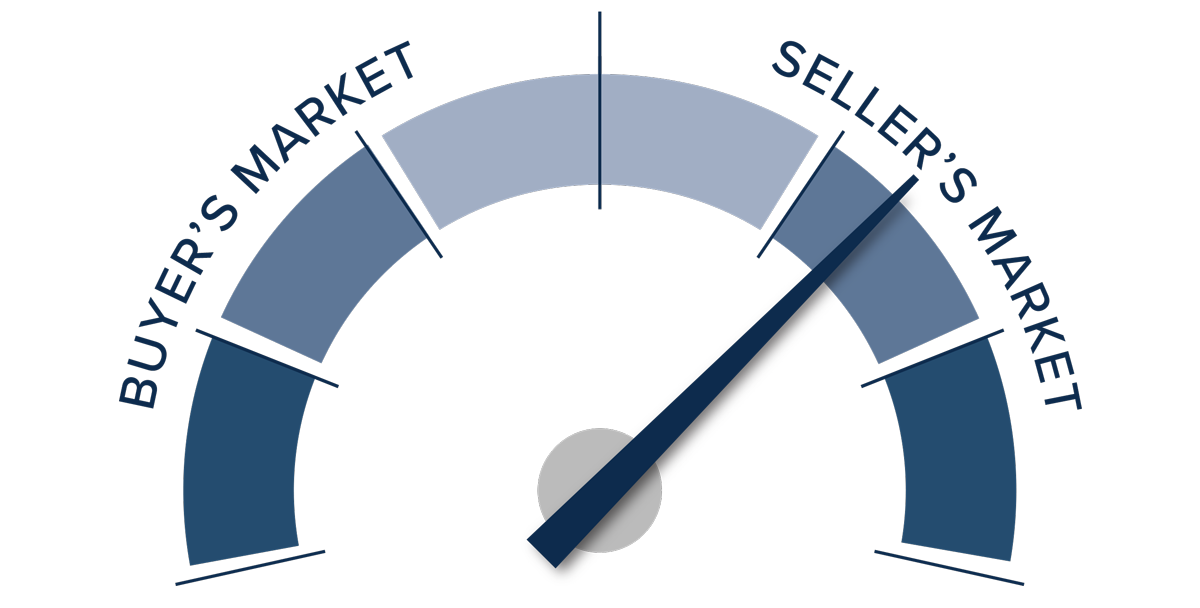 Despite dramatically rising financing costs, buyers still appear to be motivated. List prices have yet to “roll over,” suggesting that sellers are still confident. This, combined with the other data presented here, tells me that they are still in the driver’s seat.