Preparing Your Garage for an Electric Car 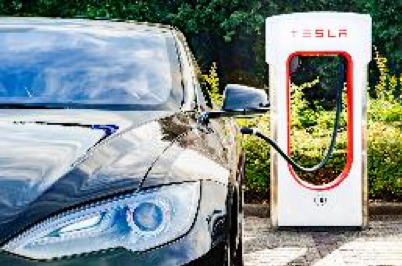 But switching to an electric vehicle entails more than new driving habits and a conversation piece with strangers. It’s also a lifestyle update.

From setting up a charging station in the garage to maintaining optimal temperatures therein, check out these useful garage preparation tips to assure your electric vehicle battery is in tip-top shape.

Selecting a Charger: Level 1 vs. Level 2

Unfortunately, charging an electric vehicle might be a tad more involved than charging your smartphone. And unless you own a Tesla Model X, which can travel upwards of 300 miles on one charge, your electric plug-in vehicle could benefit greatly from a home station charger. That said, make sure you familiarize yourself with the two main levels of electric vehicle chargers supplied by home-based charging equipment and most public charging stations.

A Level 1 cord set charger delivers a standard household current of 110 or 120 volts and comes with most plug-in vehicles upon purchase. It’s outfitted with a three-pronged, household plug at one end that’s connected to a control box by a short cord. A longer 15-to-20-foot cord running from the other side of the box connects directly to the vehicle itself. 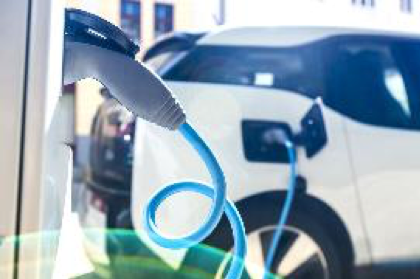 If time is of the essence, consider installing a Level 2 charger, which delivers 240 volts and replenishes pure electric vehicles in about three hours—which is about seven to eight times faster than Level 1 equipment. Unlike the simplicity of Level 1 setups, though, Level 2 chargers may warrant the services of a professional due to the rigmarole of electrical codes, equipment setup, and necessary inspections. 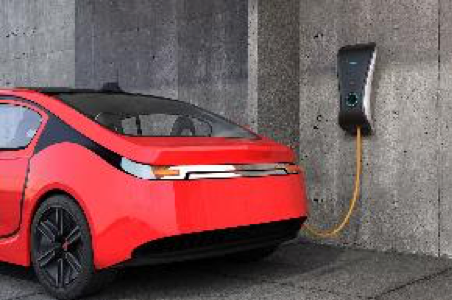 It’s worth mentioning that the “charger” you’re installing is technically referred to as Electric Vehicle Service Equipment (EVSE). This is the wall-mounted box with cord and plug that delivers electricity and functions as a communication and safety unit for the actual charger situated inside the vehicle itself.  The EVSE ensures the battery doesn’t overheat and shuts the charging session down if there’s a short circuit, power surge, or any other type of faulty hardware.

If you’ve opted for a Level 2 ESVE, you’ll likely need to reach out to a professional electrician to wire up equipment and determine where the ESVE should be situated in regards to where your vehicle is parked. Notwithstanding factors like outdated wiring, meters, and breaker panels, updating the garage for your electric ride should actually be pretty straightforward.

For instance, I gave my electrician the specs for a Tesla—a 14-50 NEMA charger that delivers 40 amps at 240 volts. And even though I have an older house, by setting up a dedicated circuit, my electrical panel handled the load without a hitch.

In rare instances, old wiring may need to be replaced. But by and large, the process is fairly easy and uncomplicated. What’s more, the plug itself isn’t any more difficult to install than a standard dryer outlet. For electric vehicle owners, installing a Level 2 ESVE is definitely the way to go.

The installation cost generally hinges on the work involved—such as the amount of wire that needs to be run, whether additional or replacement breaker panels are necessary, and the cost of labor in your area. This could vary between just a few hundred dollars to a couple thousand. However, you may be able to snag special rates from your utility company for installing an EVSE, so make sure you inquire.

Thank you to guest author Eric Madia. Eric Madia is Vice President of Auto Product at Esurance, where he is responsible for designing the company’s auto product lines. Eric has 22 years of experience in the industry, and is the proud owner of a Tesla, model S.

Related Articles
Living Preparing Your Home for Summer Heat and Wildfires Summer is the season for spending long days in the yard, taking dips in the pool, and sitting in the shade to beat the heat. In the midst of these sun-filled adventures, though, lies the potential for heat waves, smoke, and wildfires. Every homeowner should be ready for these emergencies as well as the damaging […]
Living The Best Indoor Plants for Every Room With thousands of plant species, it can be hard to distinguish which plants are best suited for each room in your home, which greatly depends on sunlight exposure and temperature. A simple rule of thumb is to make higher maintenance plants more accessible to you. Some lower maintenance plants can go weeks without watering and […]
Living How to Handle Water Damage In Your Home Even if you’ve done all you can to prevent water damage in your home, there’s still a possibility it could occur. During a water damage emergency, it’s important to have a plan in place and be proactive to make sure things don’t go from bad to worse. How to Handle Water Damage In Your Home […]