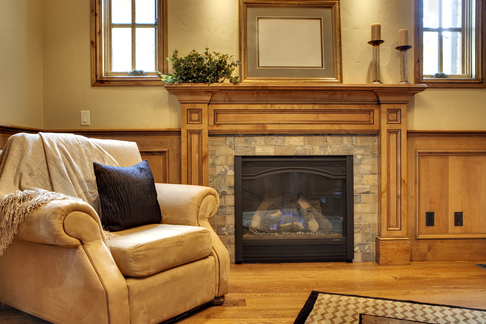 The Arts & Crafts style was formed as a part of the decorative arts movement of the late nineteenth century, becoming popular in the United States in the early twentieth century. The style was a response to the industrial era, where handcrafted work was being replaced by mass-produced, factory-made home wares. Textiles, ceramics, furniture, and metal work were handmade by artists in simple forms for home use. The objects created were typically functional as well as decorative. The color palette of homes decorated in the Arts & Crafts style is one that reflects tones that are found in nature, with warm oranges and browns as well as various shades of green.