In Tribute to Ralph Jenkins 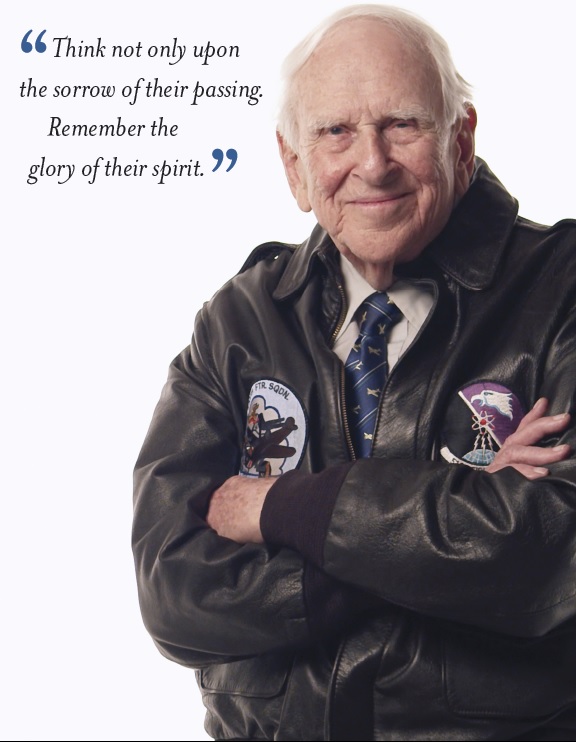 May 14th would have been Ralph Jenkins’ 98th birthday.

He passed away about a week ago. He’d had good health most of his life and, even as his health was declining in the last few months, he had all of his usual wit and charm about him.

In the first week of January 1973, I walked into the Windermere office I’d just purchased from Nyle Headly. Working at Windermere then were Connie Farr, Jay Scott, Joe Taylor, Jane Langlie, Bobette Cosby, Vince Haugerud (later to be Manager of Windermere Real Estate offices) and Ralph Jenkins. Vince and Ralph invited me to go to lunch that day, and thus began a tradition of Monday lunches with Vince and Ralph until 2007 when Vince passed, and then continuing with Ralph until just a few weeks ago! Wow! They say that Monday is the lousiest day of the week and I would, from experience, say that it sure as heck is—as the phones would start ringing with buyer/seller/agent issues first thing in the morning. About 12:30 or 1:00 I would go to lunch with Ralph and Vince and explain my tales of woe.

Talk about taking lemons and making lemonade. With a twinkle in his eyes Ralph would give me advice on how to remedy the various situations with humor and grace. I would go back to work re-energized and ready to face the demons for the rest of the week. For those of you who were lucky enough to have known Ralph, he seemed to find humor in just about everything. I don’t know how he did it, but I think many of us wished we had that great attribute.

Also over our Monday lunches, prior to a Husky football game, Ralph and I would bet on the outcome. We’d negotiate all week as to who was favored and who got the points. Somehow he’d usually bamboozle me, and over the course of some 45 years Ralph won 65% of those bets. A damn monkey could have done better than I. 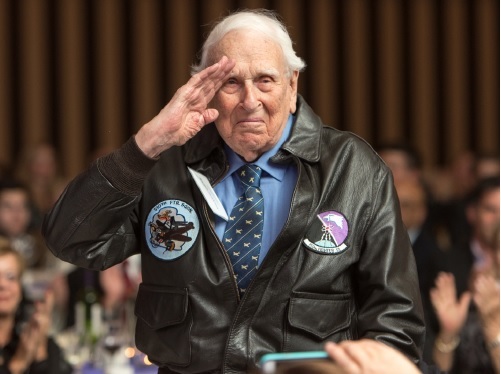 A little bit of history here: Ralph grew up in the Bryant area, attended Roosevelt High School and was the oldest living Alum of Roosevelt’s Golden Grads. He graduated from the University of Washington in Forestry. He entered WWII in 1943 and was stationed in England as a fighter pilot. He quickly became Squadron Commander of over 450 men, flying 129 missions. He won many honors during the war years, including The Silver Star Legion of Merit (three times), Distinguished Flying Cross (twice), Air Medal (24 times), Soldier’s Medal, and the French Croix de Guerre, and was recently recognized (with one other airman) as being the last surviving members of their squadron— thus they were awarded a bottle of brandy which had been set aside for such an occasion at the end of the war. In 1968 Ralph retired from the Air Force after 32 years of service and returned to Seattle with his wife, Wisteria (Tiero), and their five children, and joined Windermere Real Estate.

He retired from Windermere a dozen or so years ago, but was seen in the office from time to time conferring with the “Coeds” as he referred to them. He attended almost all Windermere functions, dressed to the nines, spreading good cheer. He was a friend to literally hundreds of agents and staff. He was father confessor, real estate expert, mentor, teacher and most importantly a very, very good friend. He helped to foster the culture of relationships so meaningful to our business.

There was a sweetness and courtliness to Ralph that all of us, And I Mean All, loved! He wasn’t perfect—in fact he had a side to him that, to say the least, was unusual for a man who’d been successful in his military and business careers and had attained financial stability. The quirk was this: he was penurious. Having grown up in the Depression he could squeeze a dollar out of a nickel, as he was fond of saying. For example, from time to time he would purchase not second but third-hand cars from various government agencies. He would drive them ‘til they dropped and then move on to the next. He once had an old beater with a muffler that was shot— you could hear the car coming from a mile away. But rather than go to Schuck’s for a new one that in those days would cost about 15 bucks, he soaked two cedar planks in water overnight and wired them on the muffler. It still sounded like a bleating goat coming but to Ralph the problem was solved.

In the very early years of Windermere, Ralph decided we should have a “readjustment” hour starting around 5 o’clock every day, sometimes earlier. Several of us, depending on who were around, would gather and discuss everything from business issues to world problems. The venue shifted from time to time, but it was always called “Café Ralph” and he served as the Steward. God it was fun, and I believe we even had some good ideas coming out of those sessions.

In Ralph’s later years he became quite the local WWII celebrity, regaling reporters about his flying days in his plane, The Tallahassee Lassie. Ralph was very active in Paul Allen’s Flying Heritage Collection Museum in Everett, where his plane is housed—on display and sometimes to this day still flown.

A little over a year ago the UW Foster School of Business asked me to speak at their annual event for local business people, students and faculty. I asked Ralph to attend in that my topic was the value of relationships in business. I think Ralph is one of those folks who are referred to in Tom Brokaw’s book The Greatest Generation. He was my mentor, teaching me the value of relationships and helping me to establish the culture of Windermere with his wit, charm and intelligence.

There are some thoughts I’ve written down that, I believe, are apropos to Ralph. One being from Oliver Wendell Holmes: “Each of us must be involved in the affairs of our times otherwise facing the peril of not to have lived”. Boy, Ralph was certainly involved throughout his life in the affairs of the times! Another sentiment that could be expressed regarding Ralph: “The tragedy in inherently good, brave, true friends is that they have to leave us one day. I think they are probably okay while we are not.” I think of myself and probably some of you as not okay just yet.

Roz and I visited the American Cemetery on a bluff in Normandy overlooking Omaha Beach some years ago. There is an inscription on the wall of a chapel there—“Think not only upon the sorrow of their passing. Remember the glory of their spirit.” Ralph also visited that cemetery several years ago and recalled his memories of the invasion with me. For both of us, it was an extremely moving place and a very emotional experience.

When I last visited Ralph, I not only told him that I loved him, but that he was my Hero. He winked at me, gave me the “thumbs up” sign and I think said “Yeah!”

Related Articles
More Windermere Partners with UW to Launch Internship Program The University of Washington College of Built Environments (CBE) announced a new paid internship program, Aspire, that offers financial support, mentoring, and skill-building through academic and professional office settings to students, with a focus on those from historically underrepresented or marginalized groups. In partnership with Windermere Real Estate, this CBE-led internship will begin today, July […]
More Fifth Season of #TackleHomelessness Raises $32,100 For Mary’s Place Windermere and the Seattle Seahawks partnered for the fifth season to #TackleHomelessness, raising money for Mary’s Place, a local organization dedicated to supporting families in the Seattle area on their journey out of homelessness since 1999. For every defensive tackle made in a Seahawks home game this season, Windermere donated $100 to Mary’s Place. As […]
More Windermere Acquires Sacramento’s Largest Independent Real Estate Company The heads of Windermere Real Estate Geoff Wood, Jill Jacobi Wood, and OB Jacobi have announced that Windermere has acquired the largest independent real estate company in Sacramento, CA, Lyon Real Estate. Founded in 1946 by William L. Lyon, Lyon Real Estate has over 800 agents in 17 offices throughout the greater Sacramento area and […]