Angels In The Cockpit 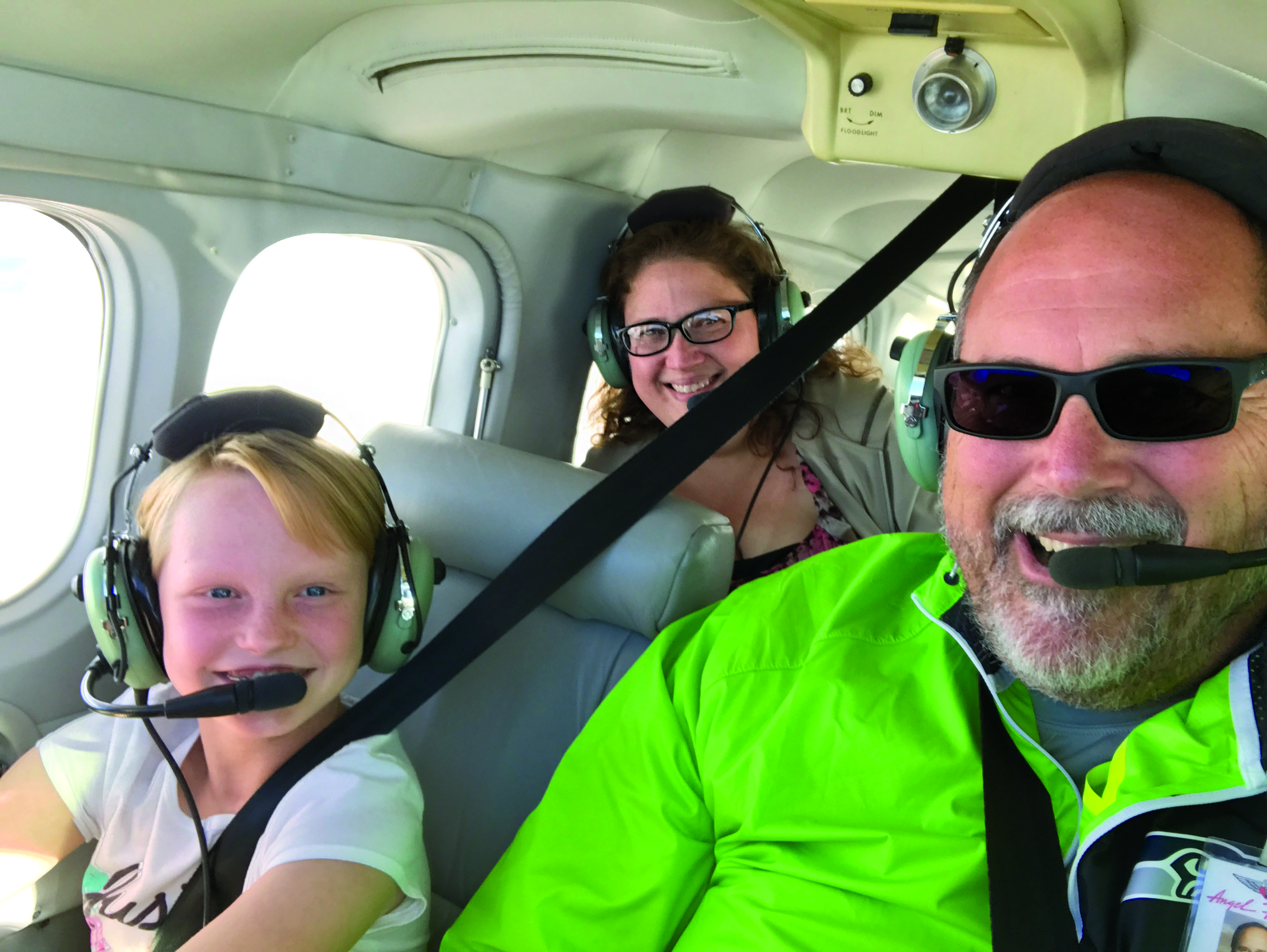 The following article appears in the August issue of Alaska Airline’s inflight magazine, Alaska Beyond, and features Windermere CEO, Geoff Wood, who currently serves as the Chairman of the Board of Angel Flight West, an organization whose volunteer pilots fly families in need of vital medical treatment.

As Geoff Wood recalls his most memorable mission with Angel Flight West, he thinks back 10 years, to one of his first flights for the nonprofit that coordinates private pilots, in their own aircraft, to transport people in need. Wood, CEO of Windermere Services Company, volunteered to fly a Spokane man home from Seattle, where his daughter had undergone a bone-marrow transplant. The father was obviously upset about leaving his daughter behind. When their flight arrived in Spokane, Wood was scheduled to return to Seattle with a grandmother and her granddaughter, who was in need of medical treatment. Wood dropped off the father, picked up his new passengers and was taxiing his Cessna back to the runway when the tower asked him to return to the terminal. The father had received a call: His daughter had taken a turn for the worse, and he needed to get back to Seattle.

“Fortunately, I was able to get all three passengers back to Seattle, where they needed to be,” Wood says.

He recalls an old slang term among pilots called the $100 hamburger. Private pilots often look for an excuse to get out and fly, even if it means just flying to another airport, having something to eat, and flying home. In 1983, a small group of pilots in Santa Monica, California, figured there ought to be more to those excursions, some way to make good use of their airplanes and their expertise—like helping families in need. Thus began Angel Flight West.

The fledgling organization—initially known as the American Medical Support Flight Team—flew 15 missions that first year. Today Wood is board chair of an organization that oversees a network of more than 1,400 pilots across 13 western states. These pilots donate their aircraft, piloting skills and all flying costs to help families receive vital treatment that might otherwise be inaccessible because of financial, medical or geographic limitations. Last year, AFW flew 4,113 missions: flying passengers to specialty medical centers; transporting blood to critically ill patients; flying special-needs kids to summer camps; and many more humani­tarian missions. The effort involves more than 2,500 volunteers—not only the pilots, but people who work with hospitals and treatment centers, and who coordinate flights, provide ground transportation and assist pilots on missions—they’re called “Earth Angels.”

Among AFW’s largest supporting partners is Alaska Airlines, which handles most of the Alaska in-state transportation needs, as well as flights for AFW recipients who need to travel to the Lower 48. Alaska donates $500,000 each year in travel credit to AFW. In-kind contributions have totaled more than $8 million since the relationship began in 2003, and AFW is the airline’s single-largest corporate gift recipient.

“Alaska’s values of being caring and kindhearted really come to life when our airplanes and talented professionals are put into service in support of those who need a helping hand,” says Joe Sprague, senior vice president of external relations at Alaska, and a former AFW board member. “Our founders in Alaska used to do mercy flights to remote villages. Alaska’s involvement with Angel Flight West keeps that tradition alive in the 21st century.”

The process starts when a patient in need reaches out to AFW at angelflightwest.org. Once a request is validated, the mission is posted to the pilot base through emails, texts and AFW’s online portal. Pilots accept the routes they’d like to fly and then coordinate the logistics. There is never a charge for passengers. Pilots can fly as many missions as they want: AFW recently honored Seattle area pilot Bob Schaper for his 1,000th mission.

And there is no shortage of pilots. Wood notes a recent listing for a boy who needed to fly from San Juan Island in Washington to Seattle several times a week following brain surgery. Every flight leg was filled the first day of the posting.

By Paul Frichtl, Alaska Beyond

Related Articles
More Fifth Season of #TackleHomelessness Raises $32,100 For Mary’s Place Windermere and the Seattle Seahawks partnered for the fifth season to #TackleHomelessness, raising money for Mary’s Place, a local organization dedicated to supporting families in the Seattle area on their journey out of homelessness since 1999. For every defensive tackle made in a Seahawks home game this season, Windermere donated $100 to Mary’s Place. As […]
More Windermere Offices Continue to Support Communities Through COVID-19 Pandemic Windermere offices have continued to support their communities throughout the COVID-19 pandemic, raising money for the Windermere Foundation, which has provided over $43 million in funding to support low-income and homeless families throughout the Western U.S. since 1989. Here are some highlights from the past holiday season. Windermere Whatcom Donates 84 Thanksgiving Boxes For over […]
More #AskAnAgent Wrap-Up On our “#AskAnAgent” Instagram Live series, radio personality and Windermere client Carla Marie goes live with our agents, answering viewer questions about how to buy and sell a home. After our first three episodes with Jessica James, Ashley Abolafia, and Gervon Simon, Carla Marie sat down with the following agents to round out the #AskAnAgent […]