Shaping the Future, One Stroke at a Time: Annual Windermere Cup #KidsCrew 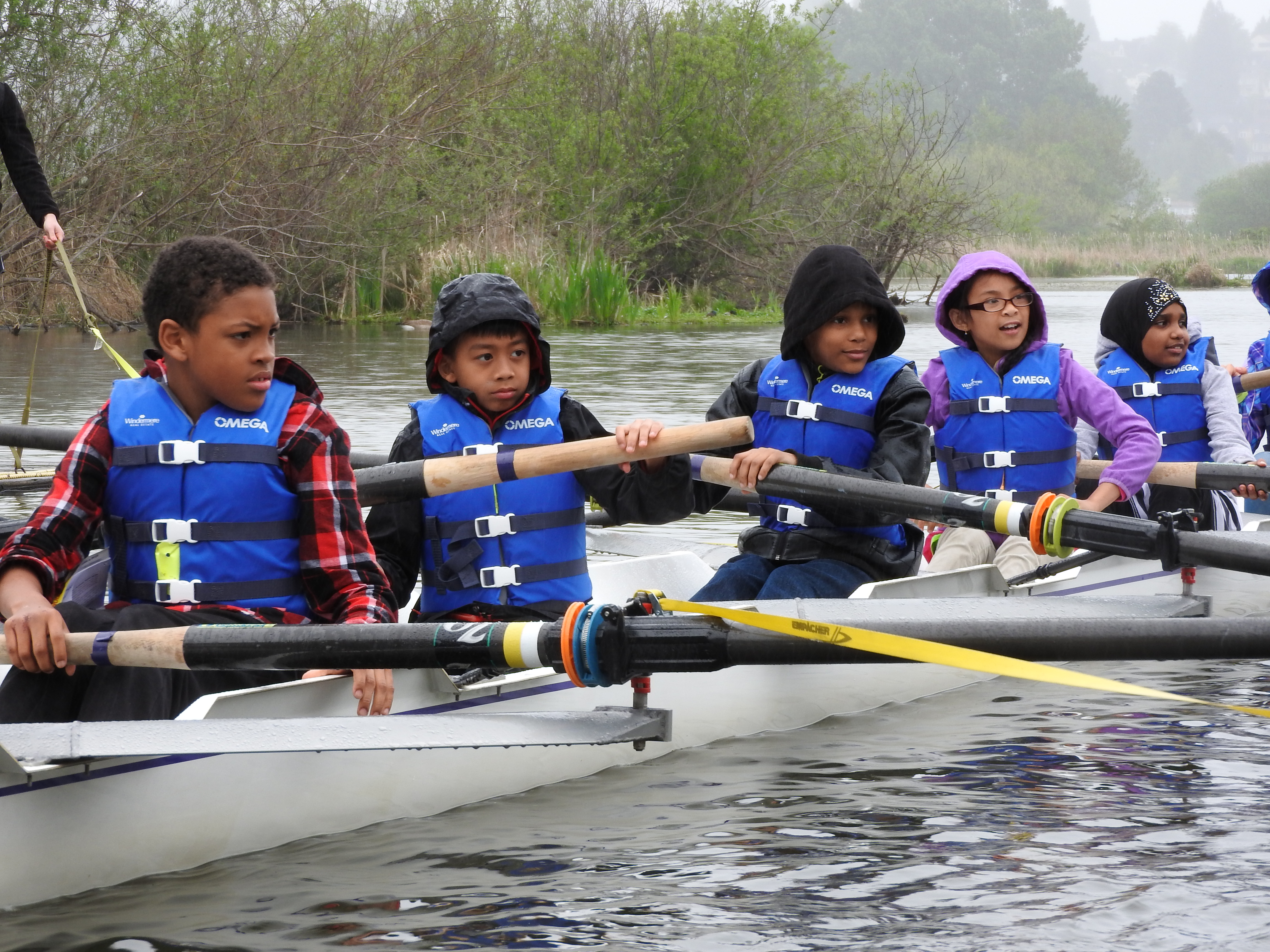 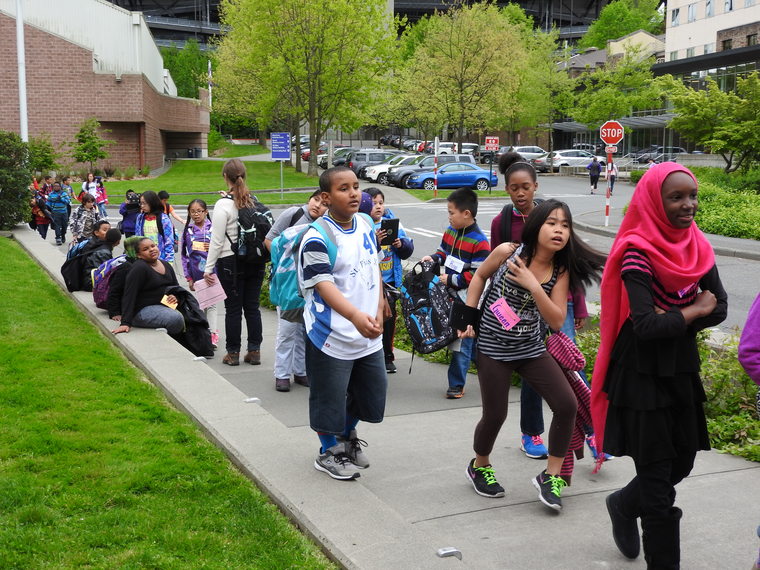 The upcoming Windermere Cup regatta on May 2 is – without a doubt – our biggest event of the year. Teams from across the country, and around the world, come to compete in this incredible rowing competition. But one of our favorite parts of Windermere Cup has nothing to do with the race itself. Every year, a few days before big event, we invite a gaggle of kids to spend time with rowers from the University of Washington and visiting crew teams, for our annual Windermere Cup community outreach event. This year, 56 fifth-grade students from Martin Luther King Elementary came to spend some time at the University of Washington for a fun-filled day like no other. 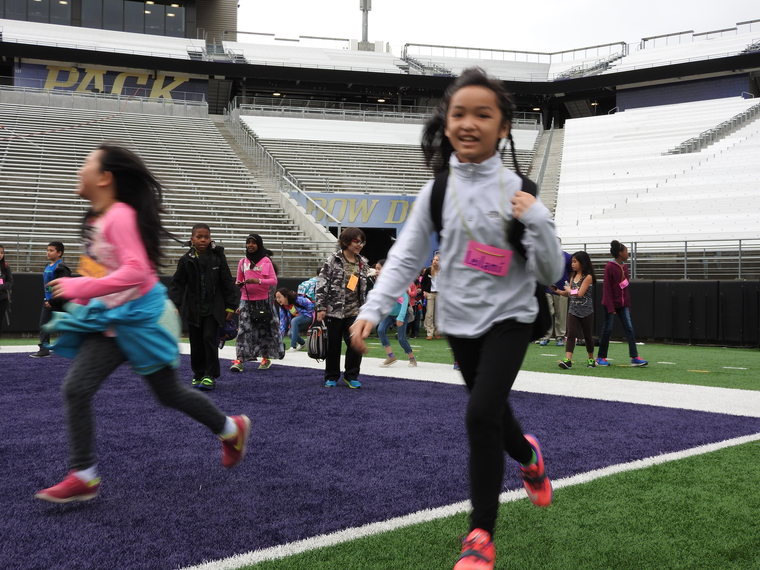 As soon as they arrived, the kids were taken on a small tour, which started with a visit to the Alaska Airlines Arena to see the Husky Hall of Fame. I don’t think we’ve ever heard “this is so cool!” so many times as we did at that moment. They were in awe; taking pictures, pointing at the trophies, soaking it all in. After that, the real fun began as we let them all loose inside the UW football stadium. What next? Lunch, of course. We all had to refuel. 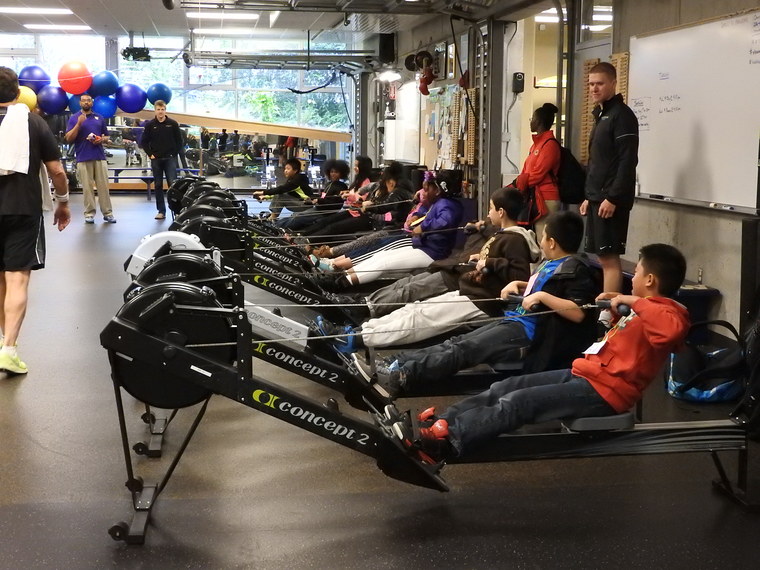 Then came the rotations which allowed for some up-close time with the New Zealand World Champion and UW National Champion rowing teams. The kids rotated from racing each other on the rowing machines, to stretching and exercising, to a Q&A session about nutrition, to actually getting in a shell on the water – all led and taught by the athletes. And although it was raining, it hardly seemed to affect anyone; there was nothing that could put a damper on the excitement.

Last but not least, the kids were able to grab a 2015 Windermere Cup poster and get all of the New Zealand and UW rowers to sign it. It’s something they can keep forever and hang on their walls as a reminder of such an incredible day. 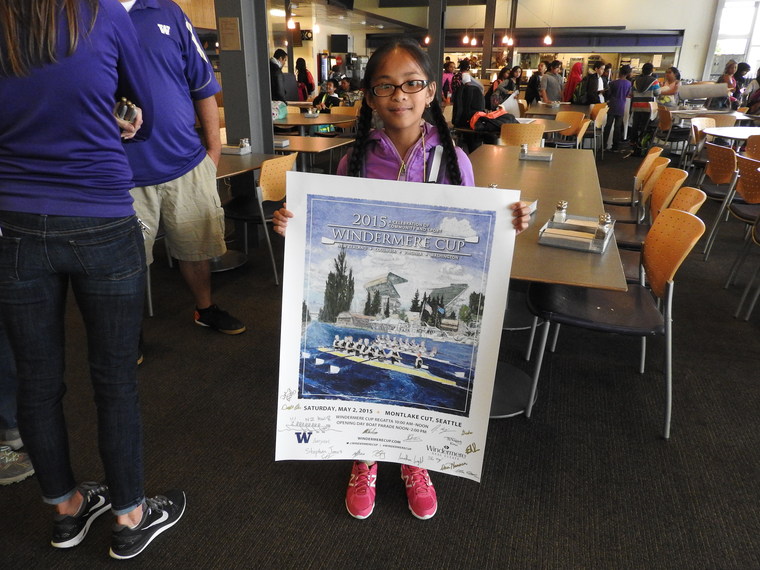 The significance of an experience like this might be lost on some of us, but for these kids, it can be life changing. A day like this allows their dreams to grow; dreams they can one day achieve. Whether it’s rowing at UW, becoming a doctor, or just attending college, days like this remind these kids that it’s all possible. These children represent our future; it’s crucial to help them build one we can all be proud of together.

Related Articles
More Fifth Season of #TackleHomelessness Raises $32,100 For Mary’s Place Windermere and the Seattle Seahawks partnered for the fifth season to #TackleHomelessness, raising money for Mary’s Place, a local organization dedicated to supporting families in the Seattle area on their journey out of homelessness since 1999. For every defensive tackle made in a Seahawks home game this season, Windermere donated $100 to Mary’s Place.   […]
More Windermere Offices Continue to Support Communities Through COVID-19 Pandemic Windermere offices have continued to support their communities throughout the COVID-19 pandemic, raising money for the Windermere Foundation, which has provided over $43 million in funding to support low-income and homeless families throughout the Western U.S. since 1989. Here are some highlights from the past holiday season.   Windermere Whatcom Donates 84 Thanksgiving Boxes   […]
More #AskAnAgent Wrap-Up On our “#AskAnAgent” Instagram Live series, radio personality and Windermere client Carla Marie goes live with our agents, answering viewer questions about how to buy and sell a home.   After our first three episodes with Jessica James, Ashley Abolafia, and Gervon Simon, Carla Marie sat down with the following agents to round out the […]